Kate Hudson stopped by "Watch What Happens Live" on Tuesday, where a caller asked the actress point-blank if she's dating the "Jealous" singer.

Check out the video above to see what she said!

Both Hudson and Jonas have been spotted out numerous times together since September -- they hit up Disney World in Orlando a few weeks ago and had brunch together the following day in Miami. The 36-year-old even attended the former Disney star's concert at the House of Blues while in Florida.

So what did the "Almost Famous" alum have to say about the dating rumors?

"I don't like addressing any kind of gossip," Hudson said.

Host Andy Cohen continued to pry, asking the actress, "If you're seen somewhere with someone and there's photographs, how annoying is it?"

"I mean, my agent has been my 'Mystery Man' maybe 25 times," she confessed. "Honestly ... you can't like hug someone or talk to someone without it ending up being a thing."

Andy's still holding out hope for Kate and Nick, though. "I just want to reiterate that it is my wish for you, for that to happen," he said of the dating rumors. To which Kate replied, " I'll keep that in the back of my head." 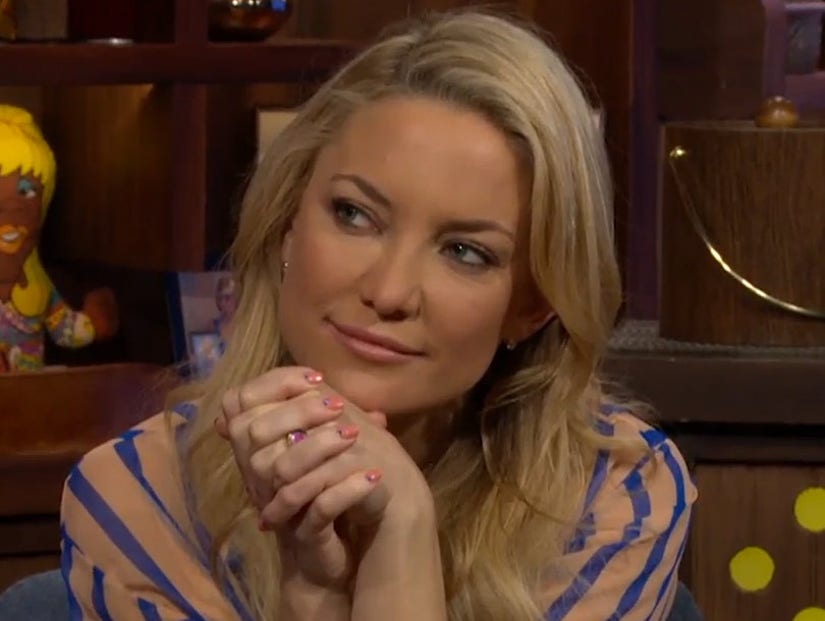 What do you think about Hudson's candid comments? Sound off below and check out the gallery above to see more surprising celebrity couples!