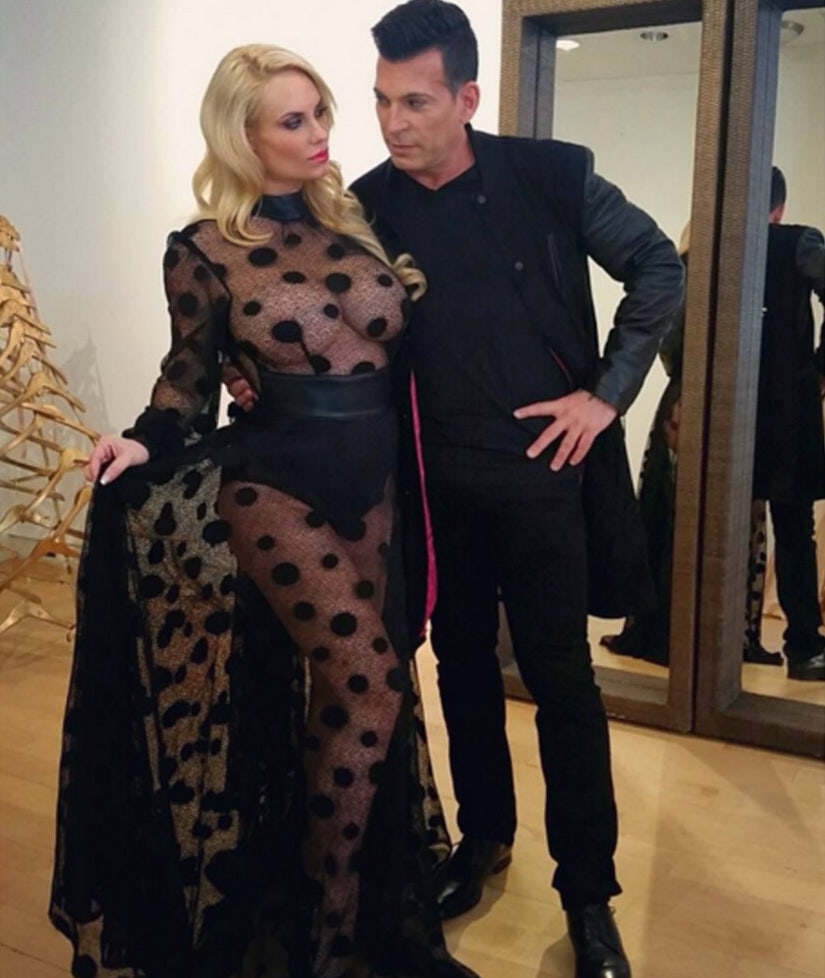 The 36-year-old star put her barely-there baby bump and a whole lot of cleavage on display in a new Instagram photo Thursday, as she posed for a racy picture with famous party planner David Tutera.

Sporting a long-sleeved, sheer polka-dot gown with nothing but black briefs underneath, the former model, who's currently seven months pregnant with her first child, left little to the imagination from the waist up.

"Feeling my inner Lady Gaga in this dress.." she captioned the sexy selfie. "Picking out fashion for tonight's party w/ @davidtutera." 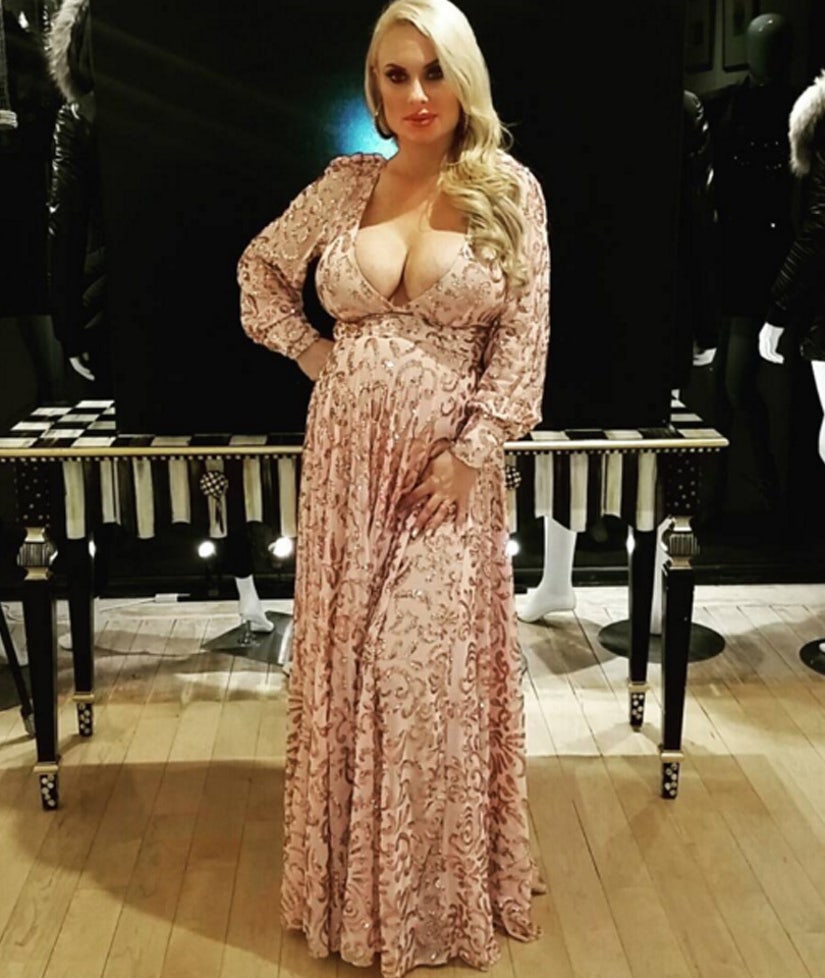 Ice-T's wife posted another dress option for tonight's fancy affair, which was filmed for "David Tutera's Celebrations" on WeTV, and her growing belly was more visible in the plunging, champagne gown with sparkling embellishments.

Coco and her hubby announced the pregnancy news on their talk show in July, and last month, they revealed the name for their baby girl -- Chanel.

While the rapper has two kids from a previous marriage, that doesn't mean he's immune to some delivery room jitters.

"The delivery room when you have a baby, I'm nervous to be there my damn self," he admitted on a recent episode of "Ice & Coco." "When Coco has this baby, I just don't want to see the c**ch in that condition."

What do you think of the star's latest NSFW look? Sound off below!