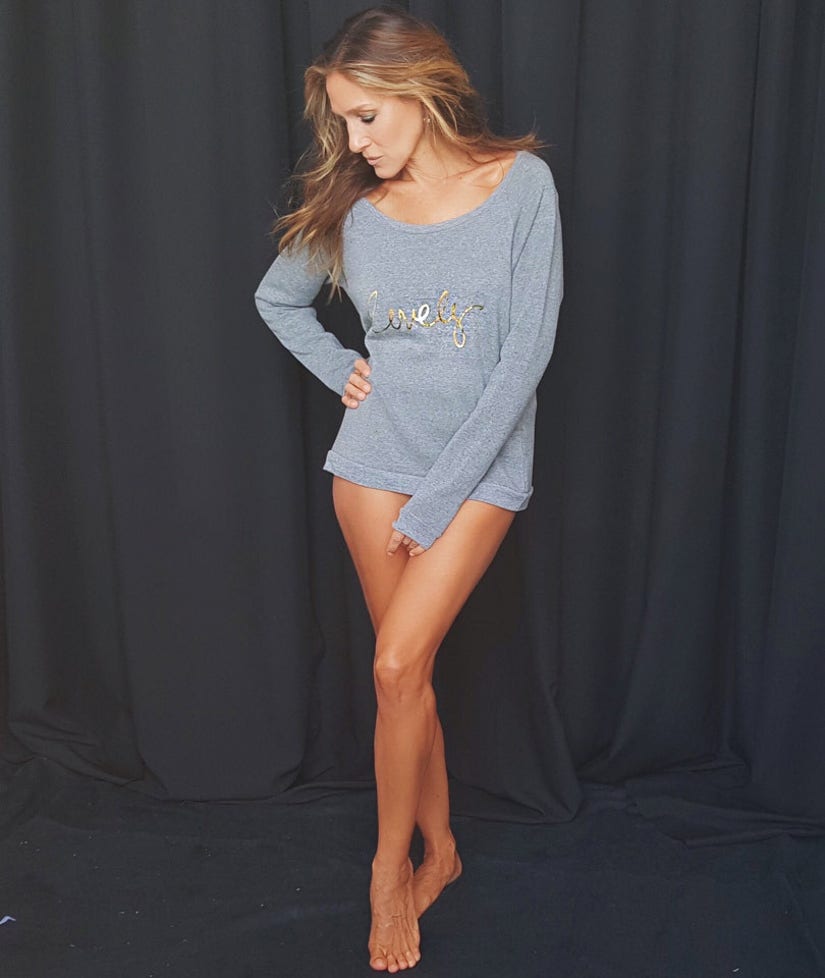 In new behind-the-scenes pics from the "Sex and the City" alum's 10th Anniversary LOVELY perfume bottle photo shoot, the actress shows off her long legs while wearing only a limited edition sweatshirt.

Parker likewise opened up to Buzzfeed, while promoting the fragrance, about some of her iconic roles -- from playing Carrie Bradshaw in "SATC" to "Hocus Pocus."

"I think in many ways I'm like Carrie because I would much prefer to be interviewing you, for instance," she told the site, when asked which of the women she relates to most.

"I'm very curious about other people, and that's why I like the subway. Because I can just watch people," she explained. "And that's why I like cities. And I love this city, and I have a fondness that is kind of hard to explain to people, so I can relate to that."

While both ladies have a deep love for NYC and fashion, that's about where their similarities end.

"I think there's not a lot about Carrie that is actually similar to my life," she said. "Our choices have been so radically different. There are certain kinds of pillars that fundamentally are different. I like clothing, but I don't have anywhere near a fevered relationship that she does."

SJP also opened up about another iconic role, playing Sarah in "Hocus Pocus." While we'll definitely be watching the flick this month, the 50-year-old revealed that she won't be -- in fact, when asked if she's seen it, Sarah couldn't even remember.

"Never! Or maybe when it came out," she confessed.

But that doesn't mean she isn't open to doing a sequel. "I said I would! And I got in so much trouble on Twitter for it," she confessed.

We'd definitely be on-board for a second "Hocus Pocus" too! What do you think about SJP's candid comments? Sound off below and check out the gallery above to see more women of the '90s then and now!