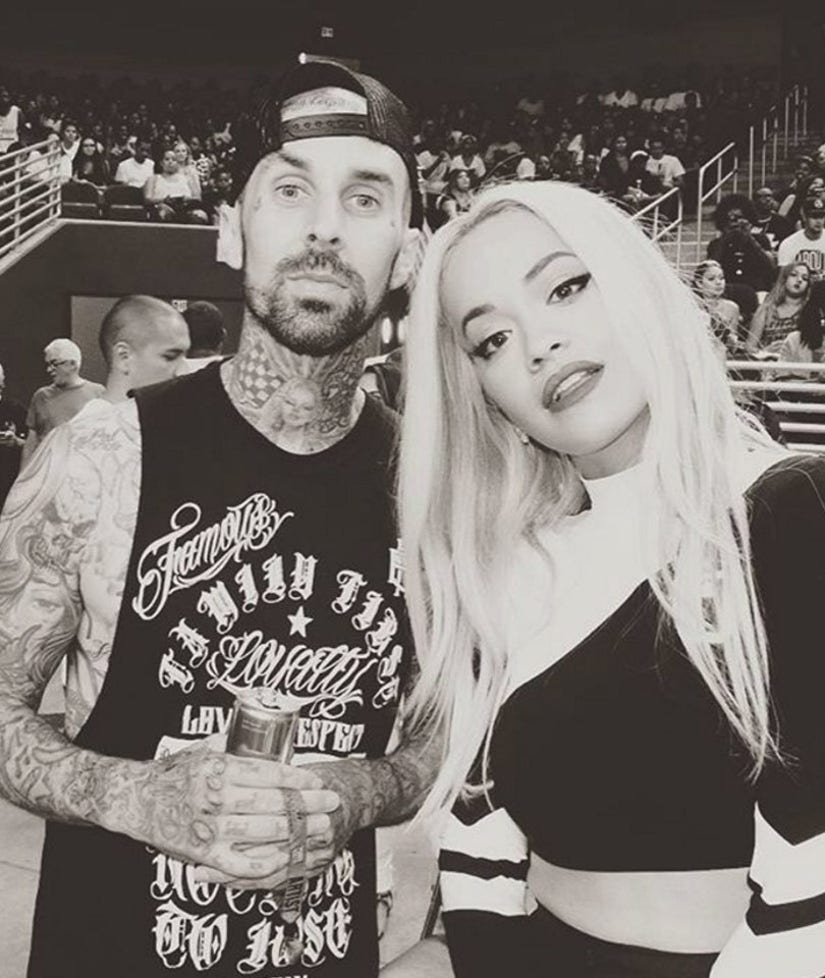 Are they or aren't they?!

Travis Barker has recently been linked to Rita Ora -- but he's singing a different tune in a new interview with Larry King on "Larry King Now."

When put on the spot about the rumored relationship, he simply replied, "Uh, she's actually just a friend."

He then added, "We're just enjoying each other, you know. She's awesome. I met her a couple weeks ago at a performance I did at Power 106, and we've just been friends ever since."

We first saw them together after Travis posted a pic with the blonde beauty on his Instagram page a few weeks back (above).

"Me and the beautiful @ritaora at @power_106 #Power106AllStars," he captioned the pic. Soon after, Rita re-posted the same shot and wrote, "Nice to see you too."

Last week, Rita received a warning over her potential romance with Travis from his ex wife Shanna Moakler.

"Our marriage was plagued by his addictions to pills and other women," Moakler told The Daily Mail. "He constantly cheated on me. Living with him was like being on a rollercoaster- he's a Jekyll and Hyde character. I wish Rita good luck – she'll need it."

Do you think they're more than friends? Sound off below.