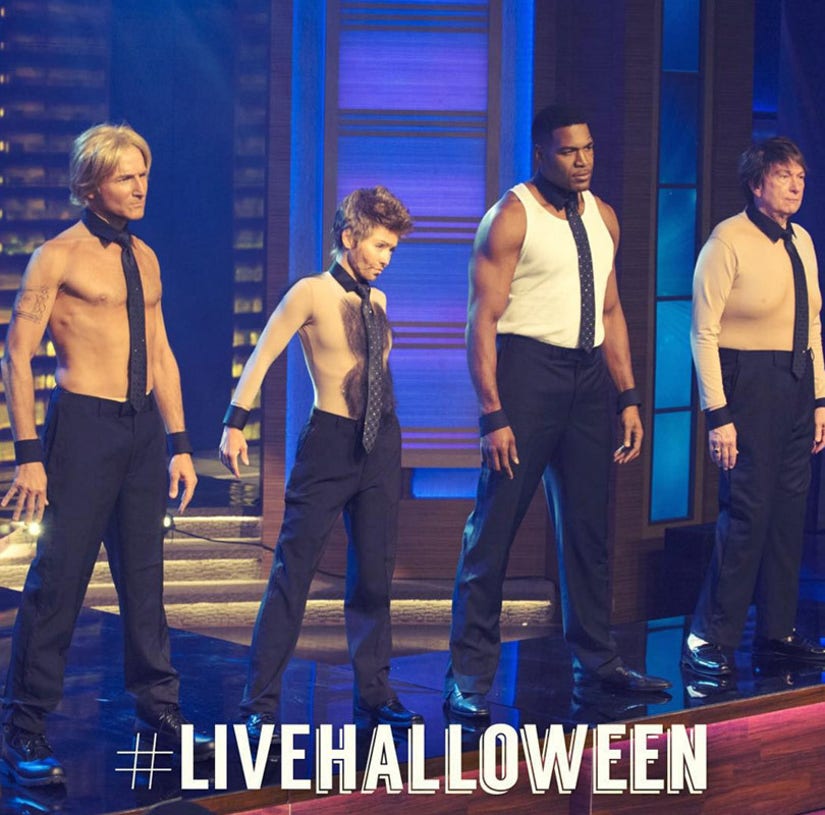 Kelly Ripa and Michael Strahan never disappoint on Halloween, and this year is no exception!

The "Live With Kelly and Michael" hosts took to Instagram to tease their "Magic Mike"-inspired costumes.

In the pic, the pint-sized star is sporting a short brown wig, sexy scruff, a tie and fake chest hair as she hits the stage with Strahan, executive producer Michael Gelman and head of production, Art Moore.

But, these aren't the hosts' only costumes this year! 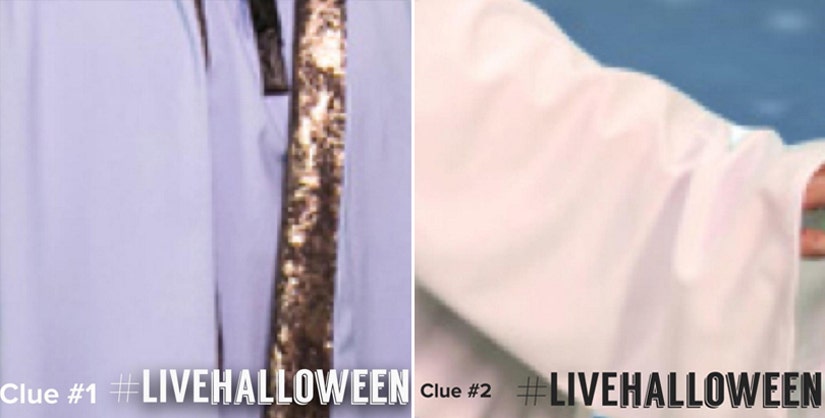 The show teased fans with a series of obscure photos of their second outfits, which feature a white robe and some mysterious gold sequins.

"#Clue # 1 of #LIVEhalloween Countdown costume reveal! Tune in this Friday for our #Halloween show! #KellyandMichael COMMENT below with your guess...we'll be revealing more clues and the costume later today," they captioned the first pic, before adding a second shot.

Commenters quickly started making predictions, with the majority going with the Pope or "Star Wars" characters.

Think you know? Sound off below!