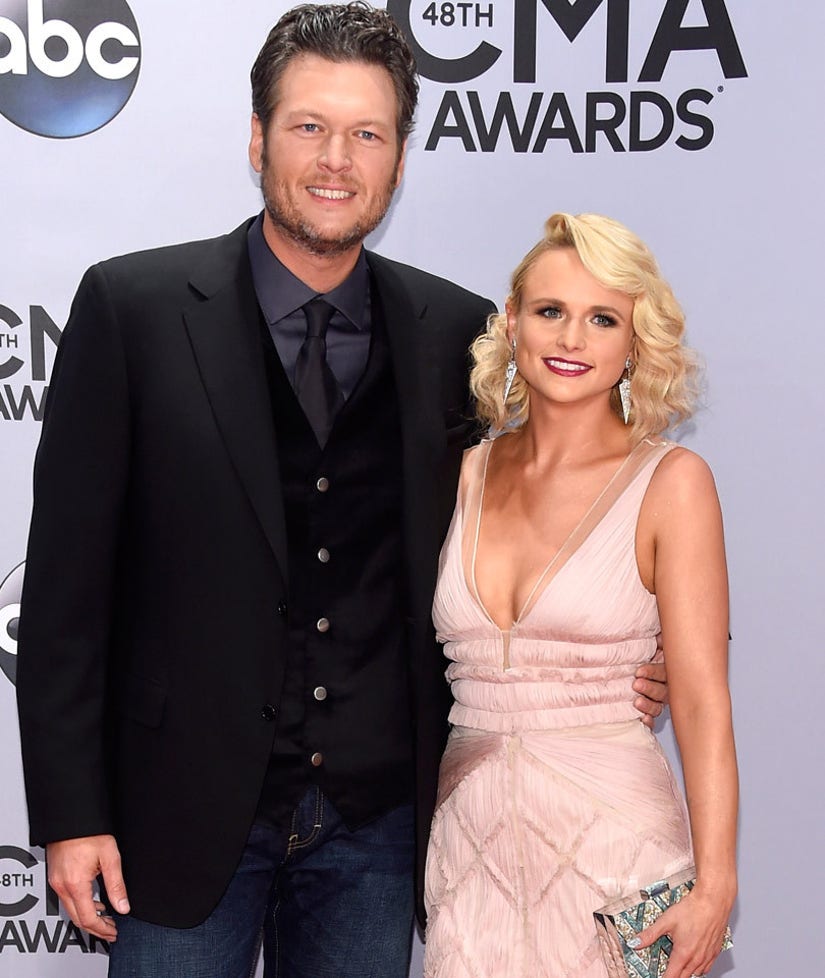 Blake Shelton's bracing himself for his next run-in with ex, Miranda Lambert!

The "Sangria" singer stopped by "Late Night with Seth Meyers" on Tuesday, where he opened up about his split from the blonde bombshell.

Seth started the interview asking "The Voice" coach about his upcoming appearance at the 2015 CMAs. "Being at the CMAs, you all know each other incredibly well ... is it as fun of a night as it looks?" Seth asked.

The country superstars will both be attending the award show in November, and Shelton revealed that he's preparing himself for the "awkward" encounter.

"This year's gonna be awkward at the CMAs, speaking of jokes," Shelton confessed. "Because we are, it's such a family. Everybody there is friends."

Blake also noted that he's expecting some one-liners about their divorce from hosts Brad Paisley and Carrie Underwood.

"There's gotta be one about me and Miranda," he said. "Brad Paisley is not doing his job if he doesn't look down there and go 'Ha ha!' You have to address the elephant in the room. We've had the conversations like, 'Okay, dude. I'll sit there and let you kick me in the face a few times.' I know it's coming."

Shelton and Lambert filed for divorce in July, and this will be the exes first solo red carpet in almost a decade.

All things considered, it seems like the singers are on pretty good terms -- Blake and Miranda have had a few friendly exchanges since the split via Twitter.

What do you think about Blake's candid comments? Sound off below and check out the gallery above to see more shocking celeb breakups!