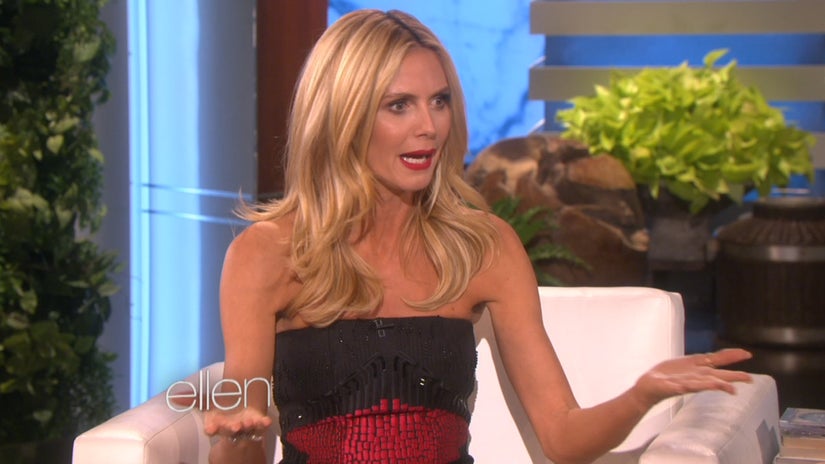 Heidi Klum is not done with Donald Trump yet!

The "Project Runway" host stopped by "The Ellen DeGeneres Show" on Wednesday, where she got candid about being randomly dragged into the 2016 presidential election after the former "Apprentice" star said she was "no longer a 10" in a New York Times interview back in August.

"Why would I say anything?! I was watching the election because really for the first time, I have to admit, it is quite fun because all the fighting and all this madness that is going on," she admitted. "All of a sudden my name comes up, 'What do I have to do with any of this?! He said that I'm no longer a '10.'"

The model previously responded to Trump's distasteful comment with a lighthearted Instagram video which showed the star wearing the number 10 before a masked Trump look-alike rips it off to reveal she's a 9.99!

While it seems like she may have already gotten her revenge, Heidi had a few final words for the former "Apprentice" host. "All I have to say, may the best woman win," she smirked. 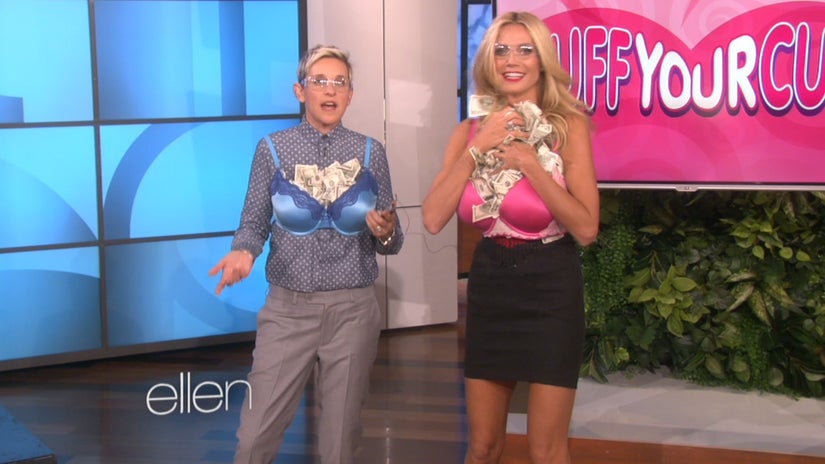 Later in the show, Ellen and the mom-of-four played a hilarious game of Stuff Your Cups to raise money for Breast Cancer Research. The host, who has already helped raise $2 million dollars for the cause, donned a huge bra from Heidi's line and stepped into a cash machine to grab as much money as possible in 30 seconds.

Watch the video above to see how much money Ellen and Heidi were able to snag!