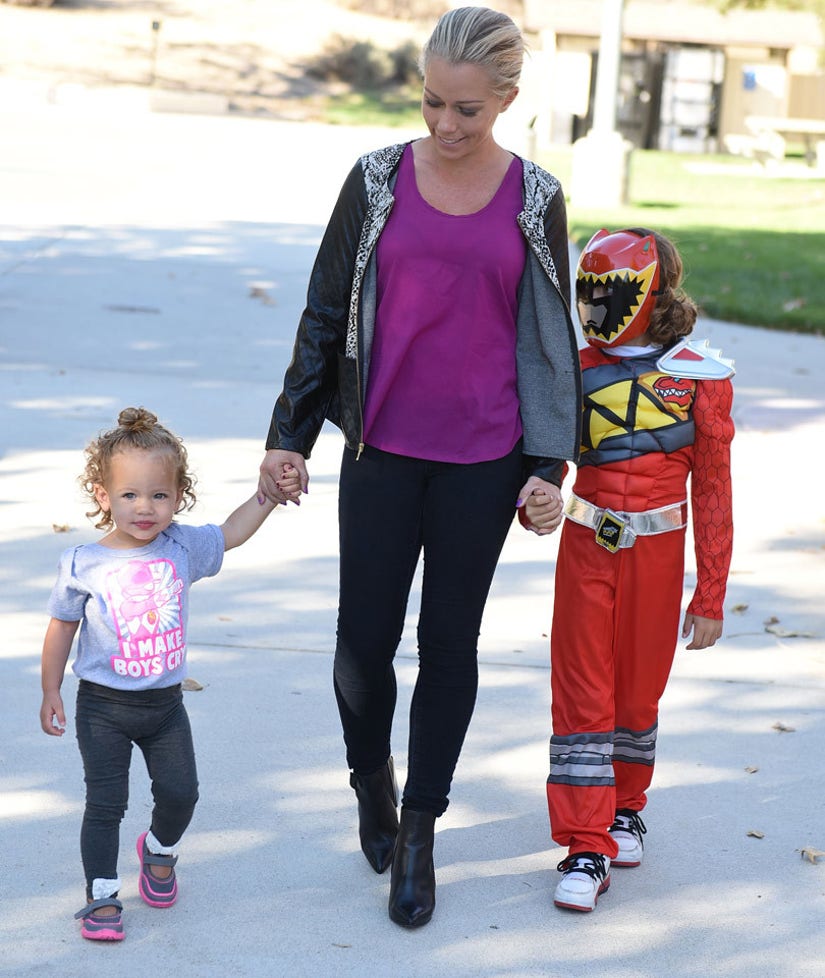 The "Kendra On Top" star was spotted playing with her adorable children, Hank Baskett IV and Alijah Baskett, in Calabasas on Monday.

We're excited to see if Hank Baskett and Kendra wear costumes to take their kiddies trick-or-treating this weekend -- how great would it be if they all did a group getup? 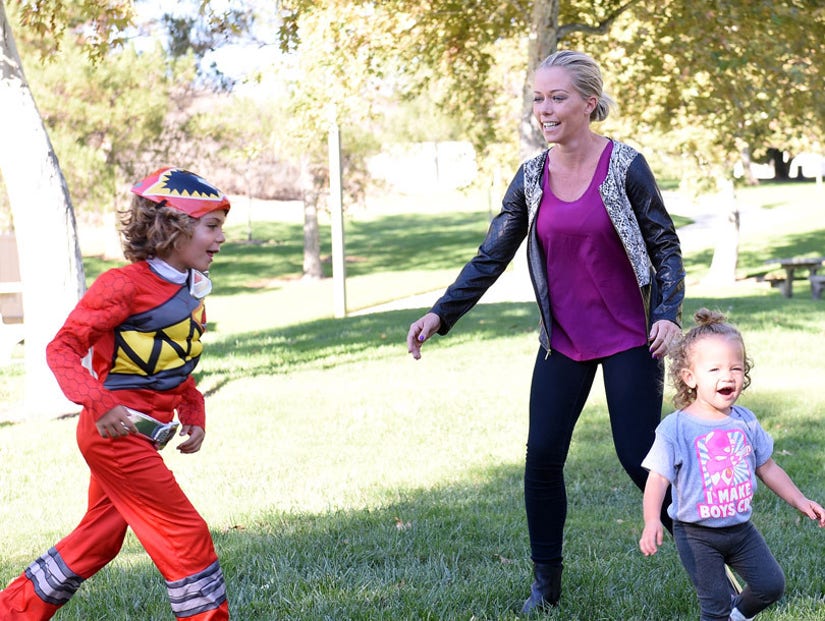 It definitely seems like the reality stars are finally in a better place these days ... but that doesn't mean they don't have an argument here or there.

On last week's episode of "Kendra On Top," Hank lost his cool when Kendra came home late after a night of partying and made him miss his plane.

Hopefully these two will continue to work on their marriage -- what do you think about Hank Jr.'s Halloween costume? Tell toofab in the comment section below and check out the gallery above to see more cute celebrity kids!