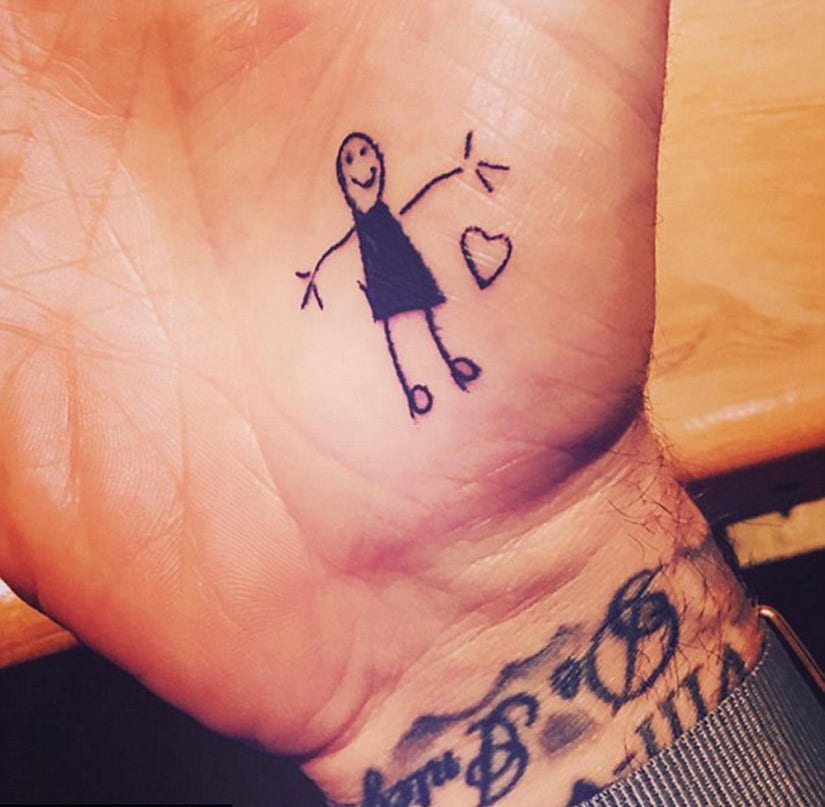 David Beckham has an artist on his hands!

The soccer stud took to Instagram on Wednesday, to show off the latest addition to his ever-expanding collection of sentimental tattoos.

Beckham proudly flaunted his new ink in the snap, as he posed with his hand to the camera and his 4-year-old daughter Harper's design etched in black ink on his palm.

"Apparently Harper is allowed to scribble on daddy," he wrote alongside the cute candid.

Victoria Beckham likewise shared a black and white version of the photo on her Instagram account. "Harper is a true little artist," she posted with the pic. 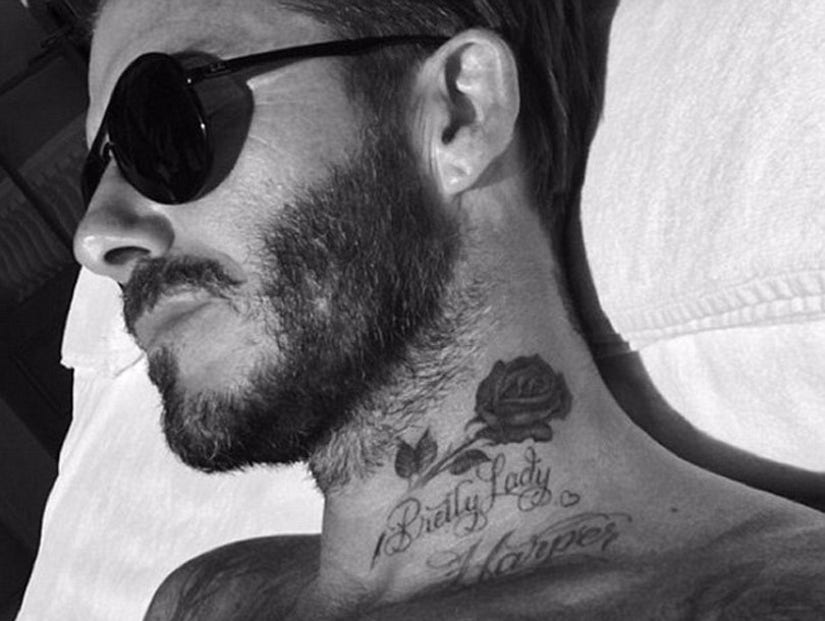 This isn't Beckham's first tattoo in honor of his daughter -- the H&M stud also has one on his neck that reads "Pretty Lady" with "Harper" written underneath.

"Hey pretty Lady… Just adding to the collection of tattoos that mean so much to me…" Beckham said at the time.

Harper isn't the only family member who's gotten to permanently doodle her dad, Beckham's sons, Brooklyn, 16, Romeo, 13, and Cruz, 10, made their artistic debuts on Beckham's bod Wednesday as well. 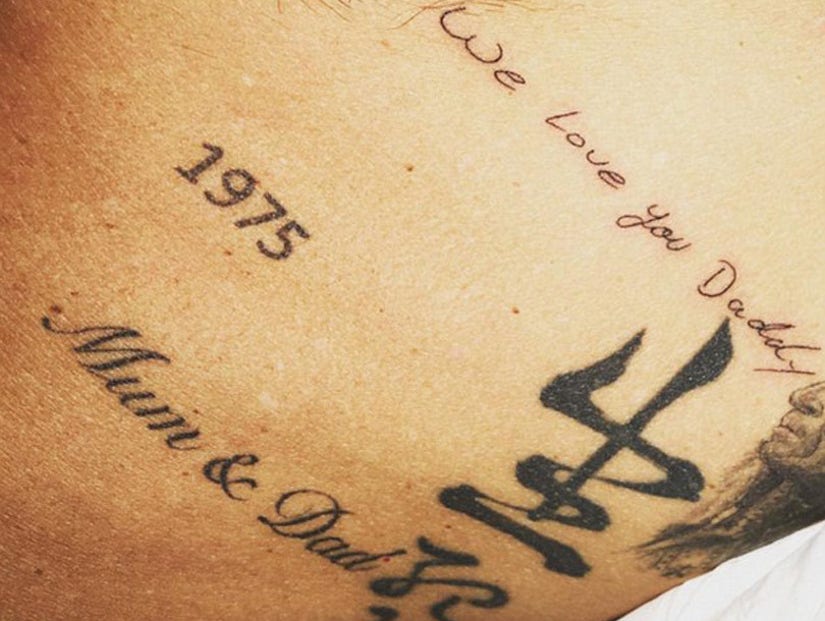 The new tattoo on his ribcage reads, "We love you daddy," in the boys' handwriting. "The boys expressing how they feel about daddy," the 40-year-old posted with the sentimental snap.

David also has his oldest son's name Brooklyn tattooed on his lower back, his son's Cruz's inked just above that, and his son Romeo's name is displayed above his large angel back-piece.

Beckham likewise has a tattoo for his wife, too. In honor of their relationship, David had the number '99' tattooed on his finger to represent the year the two tied the knot.

Family is extremely important to Beckham!

What tattoo do you think he should get next? Tell toofab in the comment section below and click "Launch Gallery" above to see more stars with tattoos!