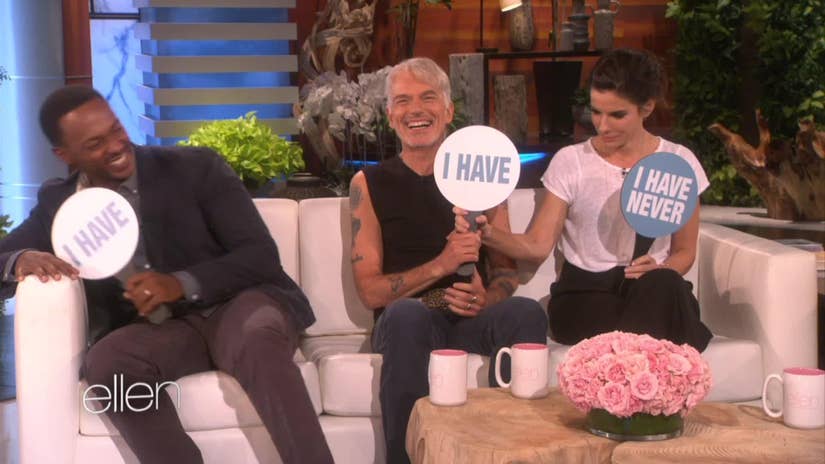 The "Our Brand Is Crisis" cast is spilling their dirty little secrets!

Sandra Bullock, Billy Bob Thornton and Anthony Mackie stop by "The Ellen DeGeneres Show" today to promote their movie, where they take on a juicy game of "Never Have I Ever" with the talk show host herself.

"For every question you answer, I will be the judge whether I think you're telling the truth or not," Ellen DeGeneres tells her guests.

The comedienne starts off with a bang, asking the trio if they've ever had sex on the beach. Sandy denies doing the deed, but her costars aren't ashamed to admit it.

After all three players cop to "lying to a cop," DeGeneres asks who has "hooked up in the back of a limo." Bullock is the only one in the group who hasn't done that!

Check out the clip above to find out "who has been kicked out of a bar," "who has seen their costars naked" and "who has a tattoo they regret." (Billy Bob, we're looking at you.) 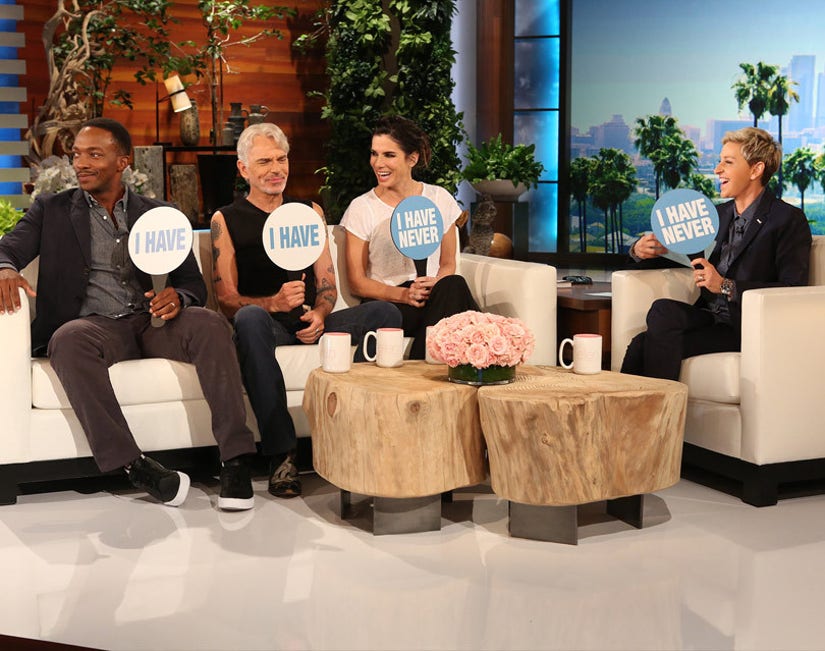 Later in the show, Ellen talks about a scene in the movie where Sandy's character moons Billy Bob's character. "It did appear to be your moon," she says."It appears that way," Bullock retorts.

"It was actually mine," Mackie pipes in. "He's got an incredibly soft bum. Like, Anthony's butt is so smooth. It's like, how does that happen? I said, 'I'm sure people would rather see me with a smoother butt than with the hair I've got growing on mine," Bullock says with a smile.

Check out the hilarious clip below to hear more about all the booty! 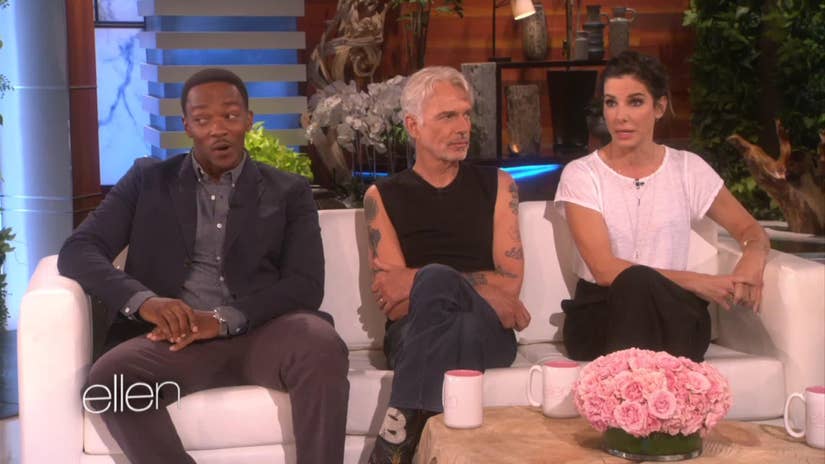