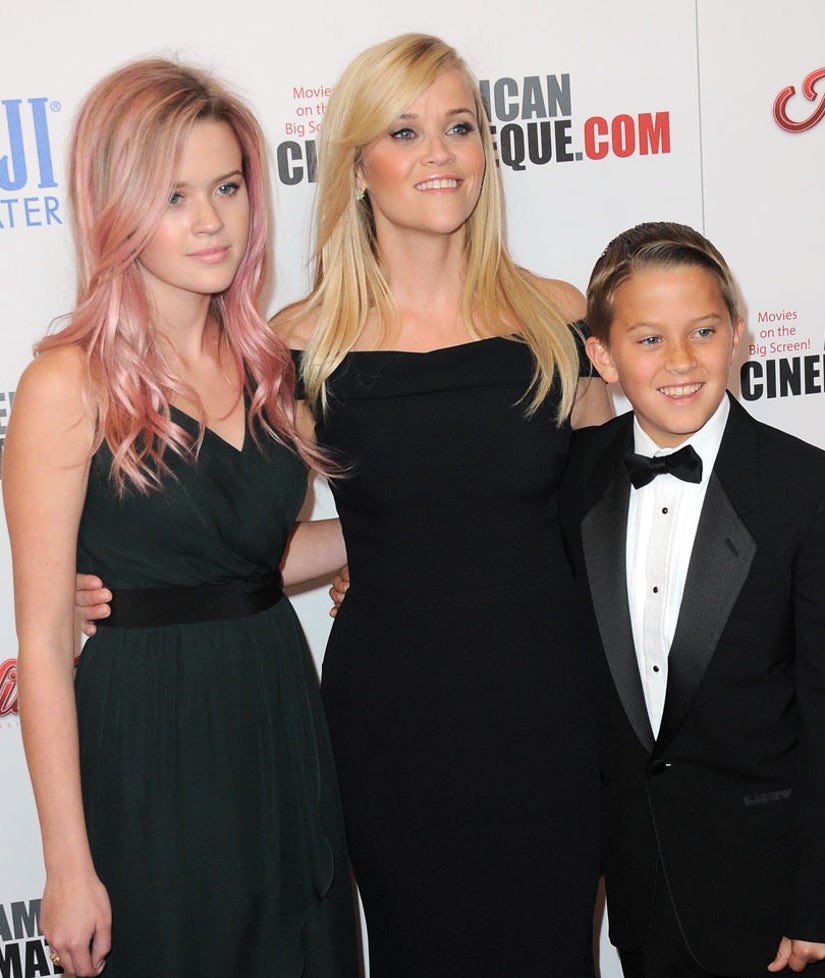 Reese Witherspoon is one proud mama!

The gorgeous actress stunned on the red carpet with her lookalike kids Ava and Deacon Phillippe at the 29th American Cinematheque Award honoring Witherspoon at the Hyatt Regency Century Plaza in Los Angeles, California on Friday.

Reese stole the spotlight wearing an off-the-shoulder black gown. The "Wild" star styled her long blonde tresses straight as she posed for a photo with her equally stunning kids.

Reese told reporters that it was "great" to have her children with her for the special night ... even though they aren't super familiar with all of her movies.

"They've never really seen me in very many films, so it should be interesting," she said before the ceremony. "I'm actually kind of, I have no idea what to anticipate. I know there's going to be a lot of clips of me as a very young person. I think they'll be a little bit stunned."

The actress -- who was being honored for her impressive work in film -- revealed she's also proud of her own success.

"I'm really proud of so much," Witherspoon likewise confessed. "Just the diversity the characters I've played. They're important to me. My characters are like my friends. I really honor them and I feel really proud of the work that I've done in the last three years. Just creating more roles for other women."

Reese definitely should be proud of herself!

What do you think about Witherspoon's red carpet appearance? Sound off below and check out the gallery above to see more stunning celebrity kids!