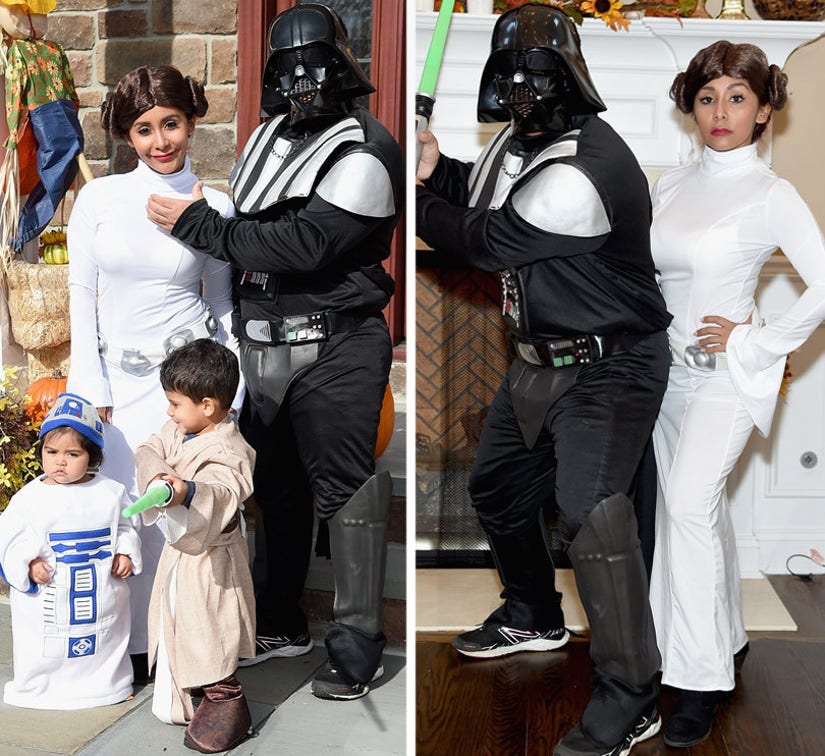 The Force is strong with this family.

Nicole "Snooki" Polizzi, hubby Jionni LaValle and kids Lorenzo and Giovanna went with a "Star Wars" theme for Halloween, all four of them decked out in costumes from a galaxy far, far away.

Mama Polizzi showed off her fit physique in a skin-tight Princess Leia dress, sporting the character's infamous buns, while Jionni wore Darth Vader's black suit. Little Lorenzo made for an adorable Jedi with his lightsaber, while his sister was the cutest R2-D2 we've ever seen.

In another sweet photo, the couple's son is seen kissing his mom on the lips. Awww! 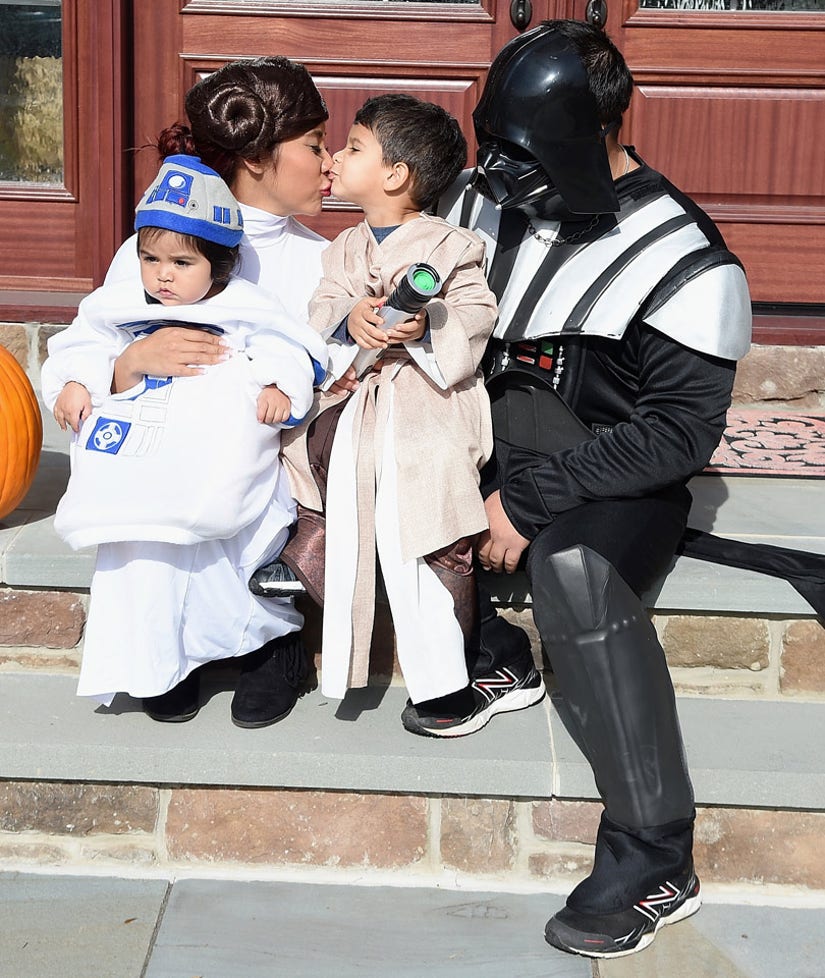 The "Jersey Shore" star and her family always do group costumes for Halloween. In the past, they've dressed as Ninja Turtles, The Wizard of Oz characters and superheroes.

The 27-year-old reality star reflects on her first year of marriage in her latest book, "Strong Is The New Sexy: My Kickass Story on Getting My Formula for Fierce".

The pair, who will celebrate their anniversary on November 29, found themselves in the spotlight after Jionni's name was linked to an Ashley Madison account in a hacking breach. The mother-of-two stood by her man though -- and now says they're stronger than ever.

"I don't know, cause I haven't really gone through it yet," she recently told toofab's Candice Brock. "Me and Jionni we're really really good. We try and make time for each other, it's hard with the kids. We laugh all the time together and that's something I think keeps us sane as a couple."