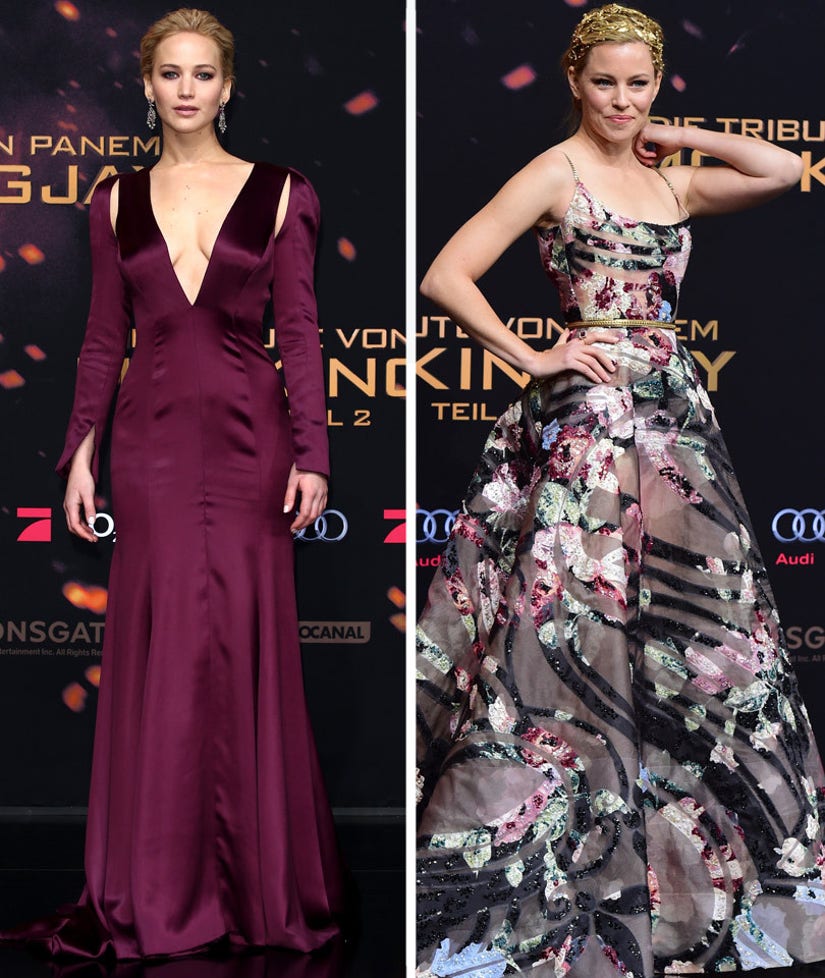 A look fit for a star!

Jennifer Lawrence had jaws dropping on Wednesday when she showed up to "The Hunger Games: Mockingjay Part 2" premiere in Berlin in one of the most stunning looks we've ever seen.

The star wowed in a purple Christian Dior gown which also showed off tons of cleavage thanks to its plunging neckline. J-Law paired the look with an effortless up-do and accessorized with a smoky purple eye, a pink lip and diamond chandelier earrings.

But the 25-year-old wasn't the only star from the flick who stunned on the red carpet, as her costar Elizabeth Banks also brought her fashion A game.

The "Pitch Perfect" actress stunned in a dramatic Elie Saab floral ball gown with elegant beading. She paired the look with a gilded leaf headband which complimented the gown's gold chain straps and matching belt.

The premiere marked the beginning of the end for the film's stars, who will bid farewell to the popular franchise after the final flick hits theaters on November 20.

Last week, Lawnrece reflected on the series during a press conference and revealed how she felt during her final moments playing Katniss.

"I feel that I had two endings with Katniss. One when we wrapped the film in Berlin and that was kind of saying goodbye to the movie and then I had a moment with my nephews about a year later," she explained. "They played my children in the scene that we shot so it was an amazing closure to this character that I've loved for so many years to have my family there, my blood family, I got to say goodbye to both."

Check out the gallery above to see more pics from the premiere -- including shots of Julianne Moore, Liam Hemsworth and more!