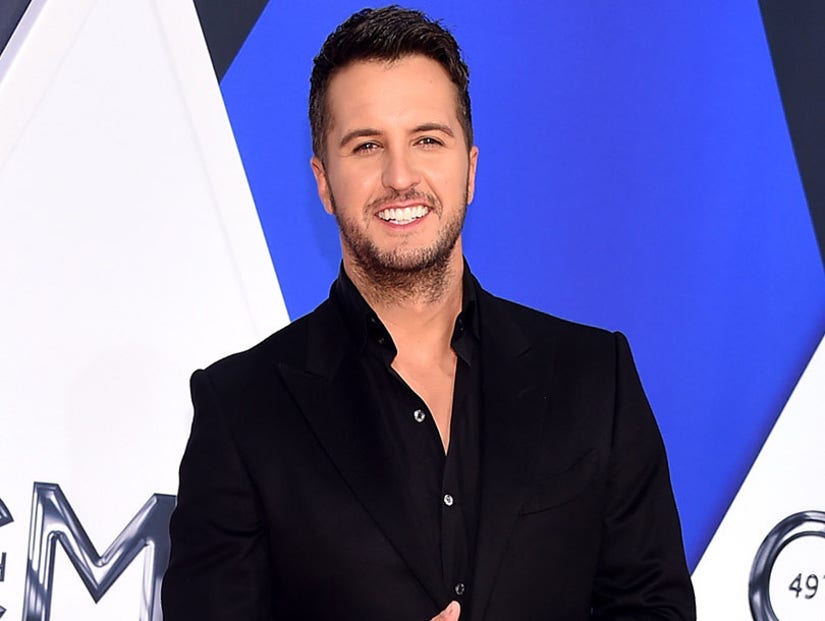 Luke Byran was not ready for this news!

The country hottie was totally caught off guard on the red carpet for the 2015 CMA Awards on Wednesday, when E! News informed the sexy singer that his good pal Blake Shelton officially confirmed he's dating "Voice" costar Gwen Stefani.

Check out the video below to see the "Kick The Dust Up" singer's shocked reaction!

"He didn't come out about that," Bryan said in disbelief to E!'s Carissa Loethen. "You're trying to trick me… Pull up online. I need to see where Blake has stated that."

When Loethen informed the Entertainer of the Year winner that the news was in fact confirmed just before the show, Luke still couldn't wrap his head around the idea.

"It can't be true, because there's no way Blake could ever score a girl like that. It's not true," Luke explained ... while accidentally shading Shelton's ex-wife Miranda Lambert in the process.

Just like the "Crash My Party" singer, we were pretty surprised too that the rumors turned out to be true. Stefani's rep confirmed the dating news just hours before the award show.

"Gwen and Blake are longtime friends who have very recently started dating," the "Used To Love You" singer's publicist said in a statement.

While the "Sangria" singer has yet to comment on his budding romance with Stefani, he did post a cryptic message about his new-found happiness on Twitter.

"Awesome night tonight. So many great things happening in my life. Congrats to @ChrisStapleton!!!! Long time coming brother..." he posted in his page.

Blake's ex seemingly referenced the couple's divorce during her acceptance speech for Female Vocalist of the year, thanking fans for giving her "a bright spot" in an otherwise tough year.

What do you think about Bryan's reaction? Sound off below and check out the gallery above to see more photos from the 2015 CMA Awards!