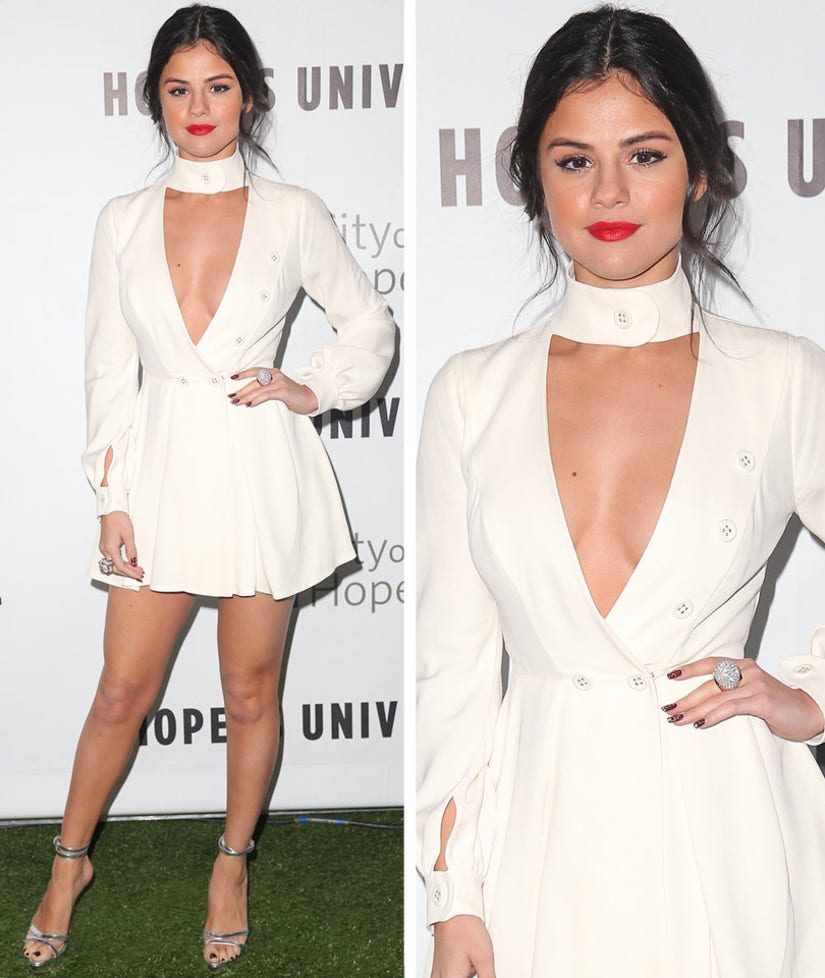 Selena Gomez isn't afraid to show some skin -- and we can see why!

The "Same Old Love" singer flaunted her killer curves and a whole lot of cleavage on the red carpet at the City of Hope's 2015 Spirit of Life Gala in Santa Monica, Calif. on Thursday night, sporting a plunging white Ulyana Sergeenko dress. She completed her show-stopping look with silver metallic sandals, a romantic updo and a fiery red lip.

Not only is the 23-year-old star creating buzz for her hot red carpet look, but she also is making headlines for her relationship status.

In a recent interview with KIIS FM's Kyle and Jackie O in Australia, Selena admitted that she has yet to find love after breaking up with Justin Bieber in 2014. "Obviously the tour has been taking up my entire life but yeah I am single and enjoying it," she said. "You need to find me an Australian," she joked to the radio hosts.

Gomez's comments come on the heels of Justin admitting he isn't over his ex. "I'm proud of the woman she is today," he told Billboard. "When you love someone that much, even if something comes between you, it's a love that never really dies."

But while the love is still there, Bieber said he won't listen to her new album, "Revival." "I know I had a lot of play in that one," he added. "I don't know what she's saying about me."

Selena may be "enjoying" being single, but there's always hope for a reconciliation in the future, right?