Tim Gunn and Rebel Wilson may be anti-Kardashian right now -- but they have one very powerful ally in their corner: Oprah Winfrey.

The superstar defended reality TV's most famous family in a new interview with The Kyle and Jackie O Show in Australia, the very same show Rebel was on when she called them "superficial" and talentless.

"I interviewed the Kardashians two years ago and I can't believe how hard they work," Winfrey said when the radio hosts asked about the "Pitch Perfect" star's comments. "People don't understand that, people think 'Oh, if a television camera's just following you then that's just easy.' To really create a reality series that looks like something's actually happening, it means you have to be on all the time."

"I went them to film them as a family and I couldn't believe how hard they worked," she continued. "We were there for 7 hours and they were gonna tape another 7 hours after I left. No matter who you are, that is work."

Oprah's backup comes after Wilson admitted she turned down the opportunity to present an award with Kendall and Kylie Jenner at the MTV Movie Awards.

"Not that you hate any of them individually, but there's something, what they stand for is totally against what I stand for," she said. "They seem a bit superficial and their career is not really based on talent. I know they're super popular, but I'm all about personality and working hard to get to where I am," Wilson added. "You know, how Kim Kardashian got famous from the sex tape and I mean I just went to acting school and worked really hard."

Rebel isn't the only one dissing them lately. "Project Runway" star Tim Gunn also reiterated his disdain of all things Kardashian in an interview with Huffington Post Live last week.

"I'm assuming there's a huge, perhaps million dollar-a-month publicity wagon that is pulling these girls along and creating these lives for them," he said when commenting on Kendall Jenner's modeling career. "I'm distrustful of it and I find it all distasteful. I shouldn't say that she doesn't [have 'it']. I don't know her — she may be a perfectly lovely young woman. I just feel that she's tainted by the Kardashian aura of yuck!"

Whose side are you on here? Sound off below.

Oprah also chimed in on Tom Cruise, after the radio hosts brought up his infamous couch-jumping moment.

"I don't see Tom very much because he's always filming a movie," she said when they asked if they still keep in touch. "But Tom and I have this thing where we started, we started sending birthday gifts to each other, so we still do. He usually sends me flowers." 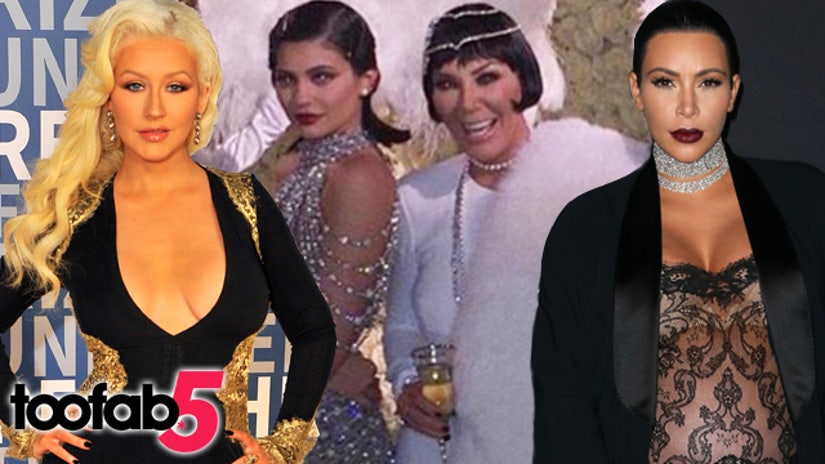