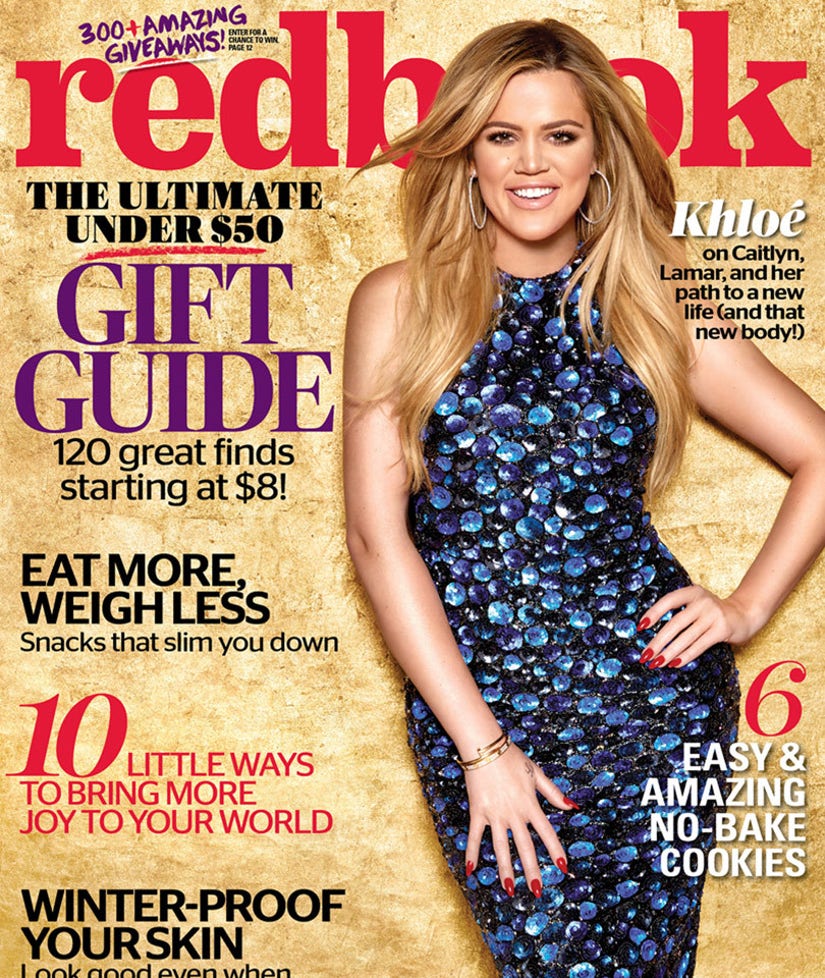 Khloe Kardashian has had a rough past few months, but you can't tell in her gorgeous appearance on the December/January cover of Redbook magazine! The 31-year-old not only shows off her killer curves, but she's an open book when it comes to discussing her emotional year.

In October, the star rushed to be by her ex husband Lamar Odom's side, after he was found unconscious in a Nevada brothel. The reality star later called off her divorce from the athlete, which caused many to speculate they were giving things another try. Khloe already shut down rumors, saying she made the choice so she could make medical decisions for Lamar, but revealed she still has nothing but love for him.

"My biggest wish is for him to be happy. I still have a great deal of love for him," she admits. "That doesn't mean I have to be by his side all the time."

The reality star is in a relationship with Houston Rockets player James Harden. The two were recently spotted out on a date night together for the first time since Lamar's hospitalization -- but the "Keeping Up With The Kardashians" star admits it's not exactly easy dating a member of her famous family.

"Our family brings a different amount of—not fame—attention. Instead of just being known for his talent, he's now known for being someone's boyfriend," she said. "We're used to it, but for a person new to this, I'm like: 'Oh, God. I'm sorry.'"

This year, the entire Kardashian/Jenner clan received even more attention when Caitlyn Jenner made her transition. The world watched as the transformation was documented on "I Am Cait", showing that Khloe didn't have the easiest time dealing with all the changes.

"It was difficult for me that Bruce wasn't honest with me," she revealed. "The transition had nothing to do with it. I love Caitlyn. She still likes us to call her our dad, but it's hard when, you know, Dad's now wearing a dress."

Through it all, the one thing that remains constant is Khloe's love of fitness. The "Strong Looks Better Naked" author frequently posts photos and videos from her workouts and credits going to the gym with helping her cope with tough times. The star has never looked better and is even flattered by some of the negative attention she gets for her new look!

"When I started working out, it wasn't about weight loss; I was going through a really hard time and needed an emotional release. Once you start getting in the tabloids claiming you have fake body parts, then it's like, 'Okay, I made it. Now I'm really working out,'" she joked. "Kourtney said yesterday, 'I got so happy because someone said I had butt implants.' And I was like, 'Doesn't it make you feel good?' She's like, 'I really feel good. I've got to keep it up!'"

What do you think of the stars candid comments? Sound off below and pick up the new issue of Redbook when it hits newsstands November 17th!