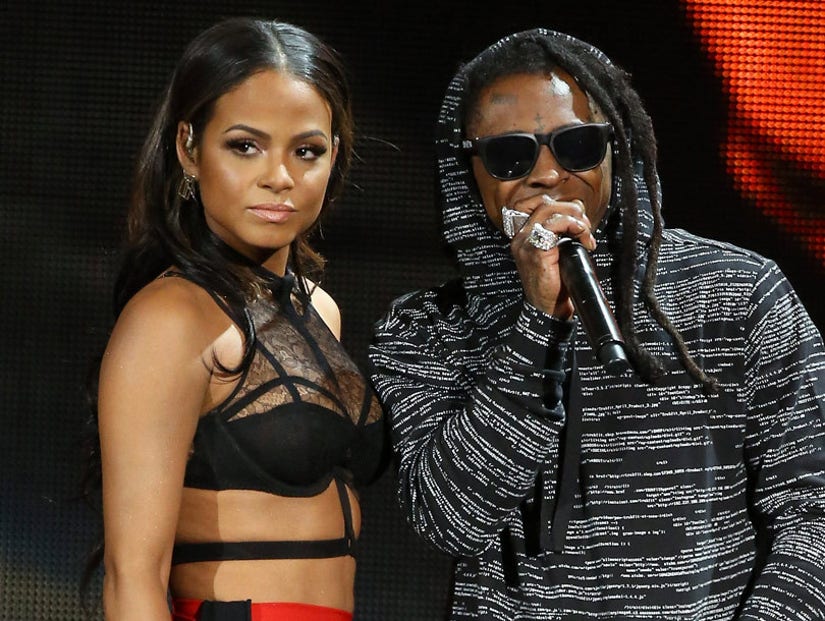 Thanks to Christina Milian's reality show, we know what really went down between the singer and ex-boyfriend Lil Wayne -- and Milian herself tuned in to re-watch her emotional breakup.

"Reliving it and watching it, it feels like it was just yesterday," she tells toofab after last night's episode. "Relationships go through many stages. I'm proud of us for having faith and being good people. I think that's the biggest part, my family, we try to remain being good people and are ready for the punches."

And man were there a few hits on Tuesday's show.

The heartfelt scene must have been hard to watch back, but Milian says she has no regrets when it comes to wearing her heart on her sleeve on national TV.

"I'm really proud of what we've shown," she tells us. "It's good TV, it's real TV, it's sisters and family and what love is. There's nothing I would take back from anything on this season."

"We've been through all kinds of things in life," she adds. "It's not even necessarily entertainment, you're just hoping somebody is relating to it and they understand whatever it is that we were all going through. It's very real. I'm proud of us for keeping it real this season. We just want to live our lives, but with cameras there."

One thing that's helped her get through it all: Her sisters.

"Even when you're crying, we can make each other laugh. It's important," she stresses. "Sometimes you just need somebody there, not even as a distraction but to let you know everything's going to be O.K. and you can keep moving on."

Milian and Wayne shot a music video for her song "Do It" about a month after the split -- and she promises we'll see the clip sometime next month.

"I'm dropping that in December," she says. "I'm dropping my whole EP, called 'For You,' on December 4th. If people have been watching the show and watching my life, they'll be surprised and they'll really appreciate the honesty and the vulnerability in each song. It's only four songs, it's about different stages of love and also being a confident woman and knowing yourself. To see all four music videos and hear all the songs and the way we're laying them all out, it's something to be proud of and a good example for anyone who loves music and wants to do music their way."

Milian's got a lot to be excited about these days. In addition to new music, she also opened a new clothing store and stars on the John Stamos sitcom "Grandfathered."

"Filming ['Turned Up'] while I was doing all this stuff was probably the best blessing," she says. "I'm excited about people seeing the process of all of these things developing, because they're all real and nothing was staged. I think it'll be a good example for other people who have big dreams like me."

Another person loving her time on the show: Milian's 5-year-old daughter, Violet.

"She loves watching herself," Christina laughs. "She loves to see herself, she would try to be in every scene if she could. The kids may be around, they might not, but they are part of our lives and they're part of our decisions too."