The rapper just released her new single and video for "WTF (Where They From)" featuring Pharrell Williams on Thursday, after months of promising fans some new music.

It's been three years since Missy has dropped some solo music and seven years since her last music video -- and this clip definitely doesn't disappoint. The track itself features the rapper's signature sound, while the video is everything you want from Missy, featuring some killer dance moves, insane costumes and yes, even puppetry.

The "Work It" singer likewise joined Instagram this week, where she shared some sneak peeks from the video. 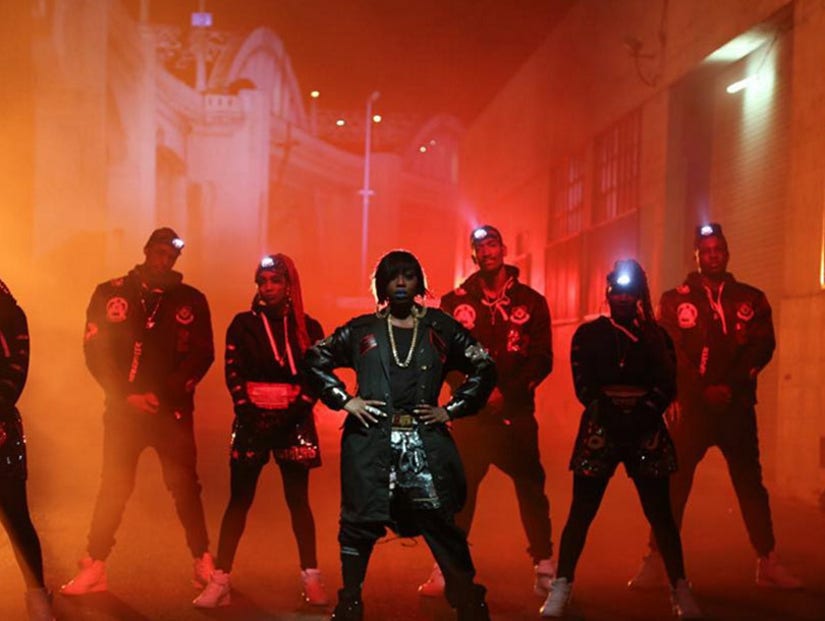 In one screen shot from the music video, Elliott poses with her hands on her hips in a fiery glow of smoke.

"I can't wait for the whole world to see my new video tomorrow. 9am we bout to take off to another planetu ready? LETSGO! #WTFMissy #FirstLook," she captioned the still on Wednesday.

Missy also shared a second photo (above) form the video, and the link to the clip on Thursday. "We're live here u go!!!!" she posted with the photo.

We are so happy that rapper is back with some new music -- what do you think about the 44-year-old's video for "WTF"? Tell toofab in the comment section below and check out the gallery above to see more of your favorite pop stars then and now!