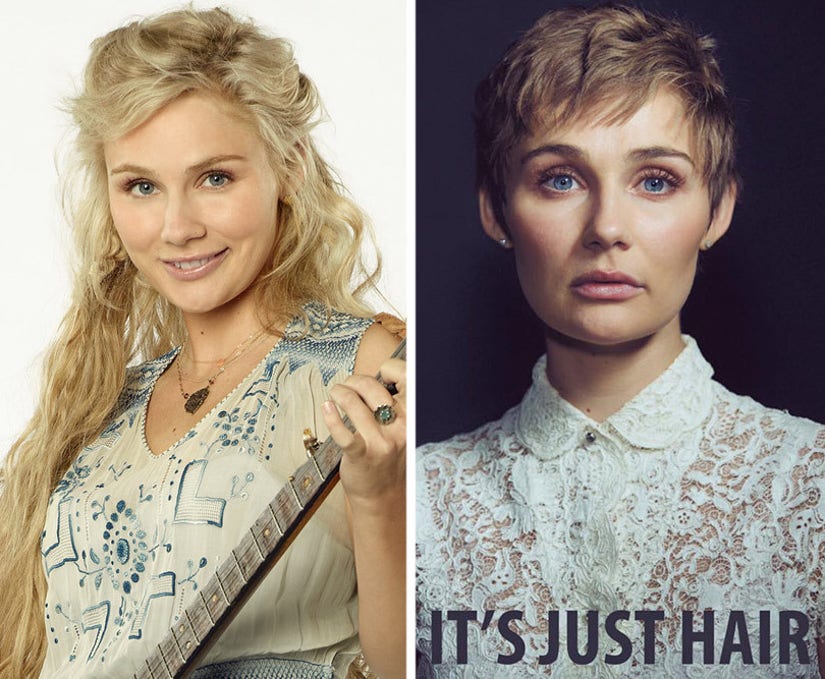 Clare Bowen is known for her character Scarlett's ridiculously long locks on "Nashville" -- but now, they're long gone.

The actress debuted her new pixie cut on her Facebook page, along with a heartfelt message explaining why she decided to make the drastic change.

The 31-year-old Australia native explains that when she was just four years old she was diagnosed with end stage nephroblastoma, a cancer of the kidney. She says that the outlook was not good and her only hope was an experimental treatment that "might kill me."

During her time at a children's hospital, she says, "No one's appearance came into question. No one got laughed at or teased. We were all we knew.And then I got really lucky. I survived, my hair grew back and I got strong again. I look relatively normal on the outside, but on the inside, I am still the same stitched back together little creature, in a world where people are judged so harshly for the way they look."

"I was really inspired when I heard a story about a little girl who said she couldn't be a princess because she didn't have long hair, and I wanted her, and others like her to know that's not what makes a princess, or a warrior, or a superhero," she continues. "It's not what makes you beautiful either. It's your insides that count… even if you happen to be missing half of them."

"Look deeper than skin, hair, nails, and lips. You are who you are in your bones," she adds. "That is where you have the potential to shine the brightest from. It is where your true beautiful self lives."

Bowen goes on to thank ABC -- the network which airs "Nashville" -- and the show's creator for allowing her to "change Scarlett's hair," meaning we'll likely see her transformation on the series as well.

"If it makes even one person think twice about judging another, then in some small way, the world is better," she says in conclusion. "Self-esteem takes a lot longer to grow back than hair."