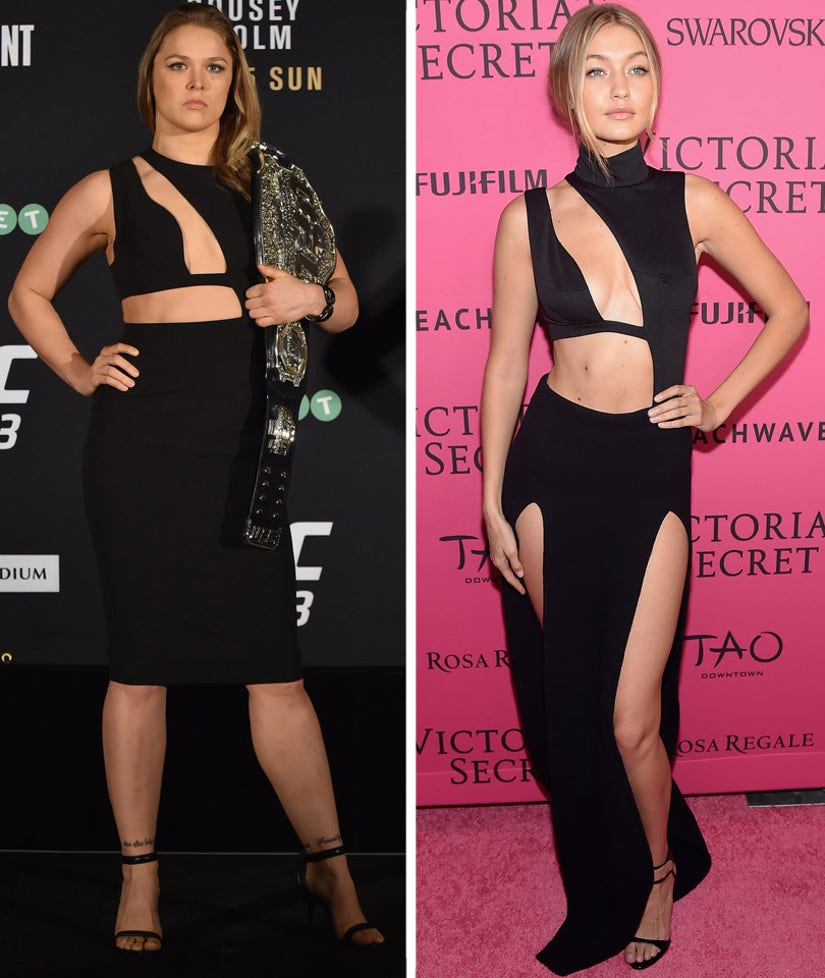 This UFC champ has a new opponent in the ring -- and she's one of the modeling world's brightest stars!

Ronda Rousey showed up to a media event at Etihad Staidum in Australia wearing a skin-baring design extremely similar to one Gigi Hadid sported earlier in the week.

The bantamweight fighter looked fierce in a cut out bodysuit and high waisted skirt for her pre-fight press conference. She paired the look with strappy heels, tousled hair and her strongest accessory: Her prize belt!

20-year-old Hadid was the first to don this look following her big debut in the Victoria's Secret Fashion Show on Tuesday night.

Gigi showed off tons of skin in the House of CB bodysuit, which she matched with a Sally Lapointe top worn as a skirt. She kept her hair in a loose ponytail and paired the look with Tamara Mellon sandals.

If you love this look that much, it's your lucky day! The bodysuit, which was already very affordable, is currently on sale on House of CB's website!

It's a tough call between these two fierce competitors ... so we'll let you make the final decision on this one! Vote in the gallery above.