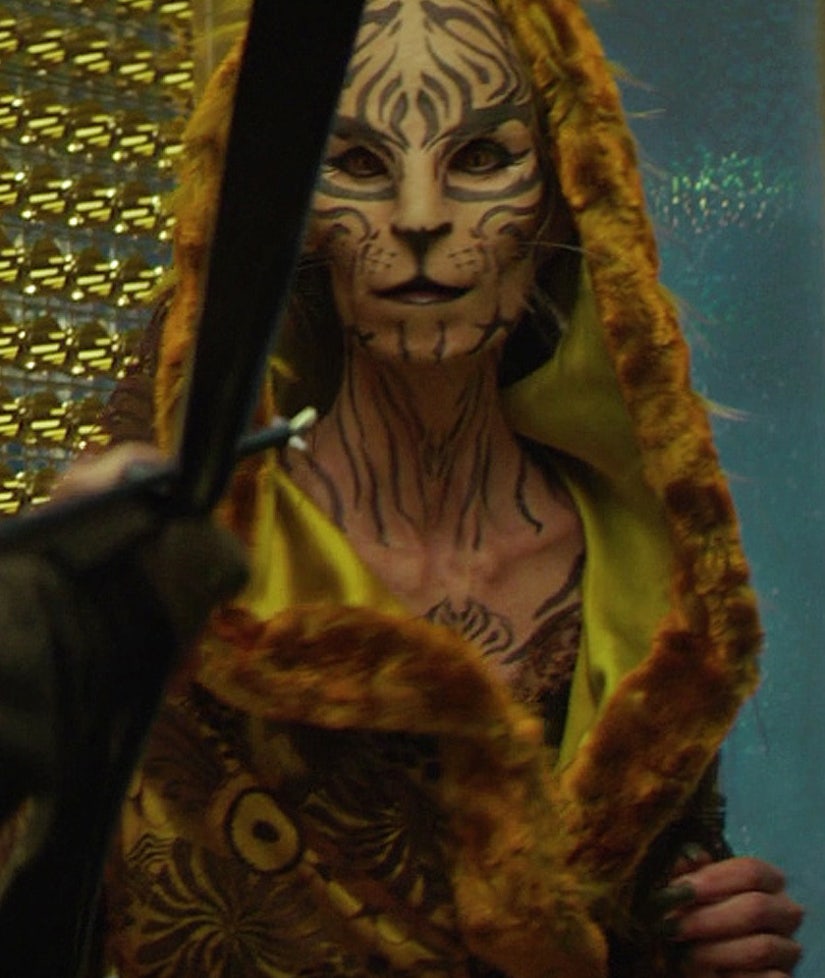 Transforming Elizabeth Banks into Effie Trinkett was just a sneak peek at what the crew of the "Hunger Games" films was capable of.

With her ridiculous makeup, updos and over-the-top ensembles, Effie is the epitome of everything wrong with the Capitol, where the rich alter their appearance with tattoos, plastic surgery and body modification just because they can. But Trinkett shows restraint compared to the fan favorite character introduced in the final film of the franchise. Yep, we're talking about Tigris.

The former stylist for the games was fired for appearing "too altered," living up to her feline name by making her features as catlike as possible. With whiskers and far too much surgery for any one person, consider her the Jocelyn Wildenstein of Panem.

While we'll keep the details of why she's such an important character a secret for those who haven't read the Suzanne Collins series, we were able to uncover some interesting details about how she was translated to the big screen.

"It's absolutely the high point of four plus years of working on this franchise," the film's prosthetics guru Glenn Hetrick tells toofab's Brian Particelli about creating the on-screen incarnation of the character. "It's currently my favorite thing I've ever done."

Though Hetrick couldn't get into specifics about her features, the creative process for Tigris was a collaborative one. Glenn worked with his "Face Off" co-judge Neville Page during initial conception, then manufactured the prosthetics at his own Optic Nerve Studios, before joining his other "Face Off" co-judge (and "Hunger Games" makeup designer) Ve Neill on set for application.

"Crossing that boundary from fictional characters to reality, being an uber-geek myself, I despise when source material is ignored," he says. "What I love about this is it's the character. The next step is struggling with finding a way to make it work in reality, so it can't look cartoony, it can't look like cosplay, it has to look real."

"I am very cautious and very gentle with the handling of material that is so important to so many people," he adds, crediting Peter Jackson with expertly translating the "Lord of the Rings" books into film. "It has to be able to resonate with the majority of the people who have read the book. It has to be what they want it to be."

Fans finally got their first look at Tigris in a trailer for the film back in July -- but Glenn is ready to see her on the big screen. "Now you're sort of waiting, like prom night, you can't wait for the audience to see it," he says, excitedly.

"[Glenn] and I worked very closely with the director [Franis Lawrence] to really make sure that it was his vision," adds Ve. "She's pretty cool! Our actress was very tall and very thin, so she looked amazing in makeup and she looked pretty groovy." 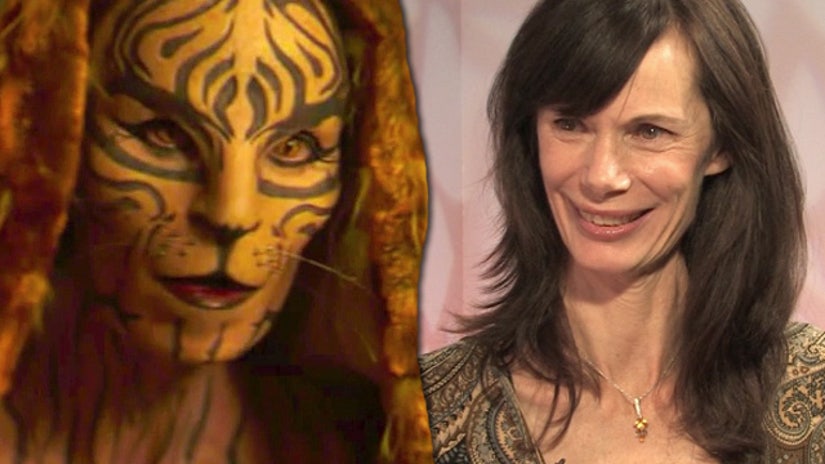 The groovy actress behind all the prosthetics is 6'1" film vet Eugenie Bondurant. Meeting her in person, you'd never guess she's the face glimpsed at in the trailer.

The drama instructor tells toofab she was actually taking a break from auditions when her agent called her and told her she "MUST" put herself on tape for the film. "5 minutes later, I got a callback," she adds. Two weeks later, she was doing the "Happy Dance" in her Florida home when she was cast in the flick.

"I came to L.A. and met with Glenn and he asked, 'What are your thoughts on this character,'" she continues. "He and I sat down and we talked about the character. He is just so talented. He's such a professional and a perfectionist."

After the final look was completed, it came time to film -- which meant six hours in the makeup chair on a daily basis.

"Everyting was very hush hush," she says of the secretive shoot, as the filmmakers didn't want paparazzi near the set to get a photo of her. "I would be whisked into a van and then driven onto the stage with the doors closing behind me ... it was magnificent."

Tigris has some important scenes with heroine Katniss Everdeen, meaning Bondurant got to work closely with Jennifer Lawrence.

"What an honor to be working with her," she says of J-Law. "Now I can see why she won the Academy Award. She is magnificent and she's very gracious. I don't know if anybody's said that about her. I believe she was the first of the group to introduce herself to me. Sat down right next to me [while getting makeup done], 'Hi, I'm Jennifer, I just wanted to introduce myself to you. You're playing Tigris right?' It was lovely. She was like that the entire time. And funny and cracking jokes, all of them were, they were great."

During our chat, Bondurant also revealed her most memorable moment on set -- one that had her getting a little misty-eyed recalling it back. Watch the interview above to see the entire interview.

"Tigris really stands out, there's nothing quite like it in the franchise," Hetrick adds in conclusion. "I hope people like it as much as we liked working on it."

"Face Off" returns for Season 10 in January.