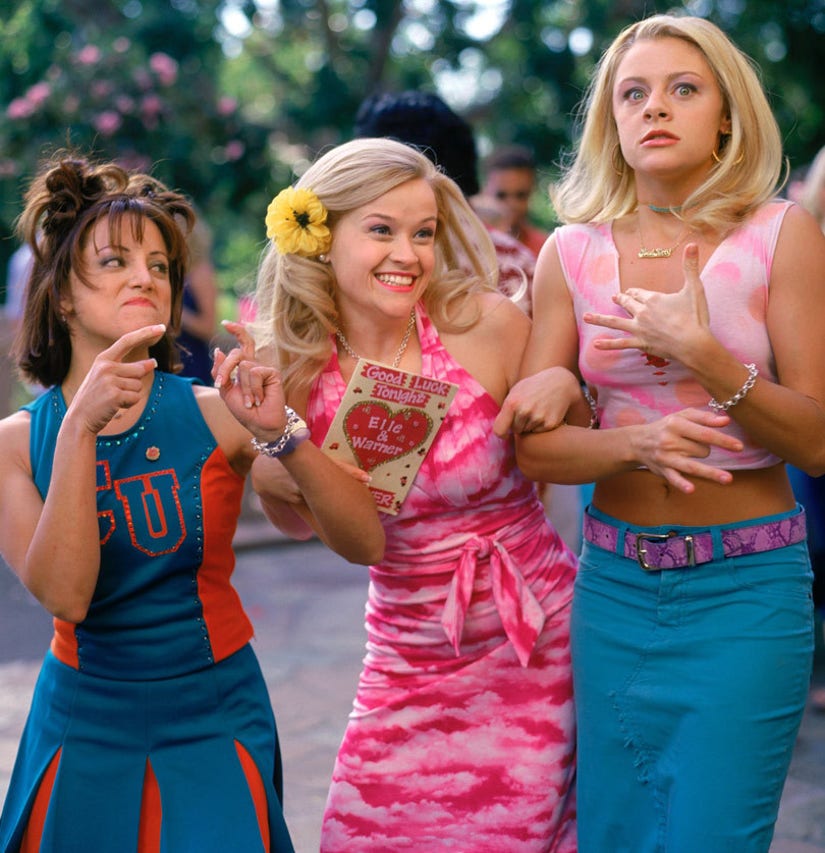 Ready to bend and snap once again? Alanna Ubach is on board!

The actress, who played Reese Witherspoon's on-screen BFF, Serena, in the first two "Legally Blonde" films, is thrilled to hear the rumors of a third installment.

"Everyone keeps talking it, that would be fantastic!" she tells toofab's Rachel Hoffman about the "Legally Blonde 3" rumors coming to fruition. "Wouldn't that be wonderful? It would be an honor [to reprise my role.]"

The last time we saw Woods' bubbly gal pal, she was supporting Elle as she headed to Washington D.C. to try to pass a ban on animal testing.

While the sequel didn't tell us much about what Serena might be doing now, Alanna has an idea.

"I certainly don't have a knack for writing like Karen [McCullah] and Kirsten 'Kiwi' [Smith,] but if I had my druthers, I would say she ends up having a cocktail empire – maybe like Bethenny Frankel," she says.

Rumors of a third movie were sparked after Witherspoon talked about it on "Fashionably Late With Rachel Zoe" in October.

“I think we're ready to see Elle and see what she's up to lately,” the actress declared, responding to a fan question.

“A lot of writers over the years have come up with different ideas for it,” Reese added. “I actually think it's kind of great right now because we're talking about women in politics and how important that is to get more women. And I think it'd be kind of a cool thing to have her be a Supreme Court justice or someone who runs for office.”

She then pleaded for fans to "Call MGM," the studio behind the films.

The first film made an impressive $141 million worldwide when it was released in 2001, while “Legally Blonde 2: Red, White and Blonde” -- which hit theaters two years later -- took in another $145 million.

With so much success at the box office, a third movie seems like a no brainer.