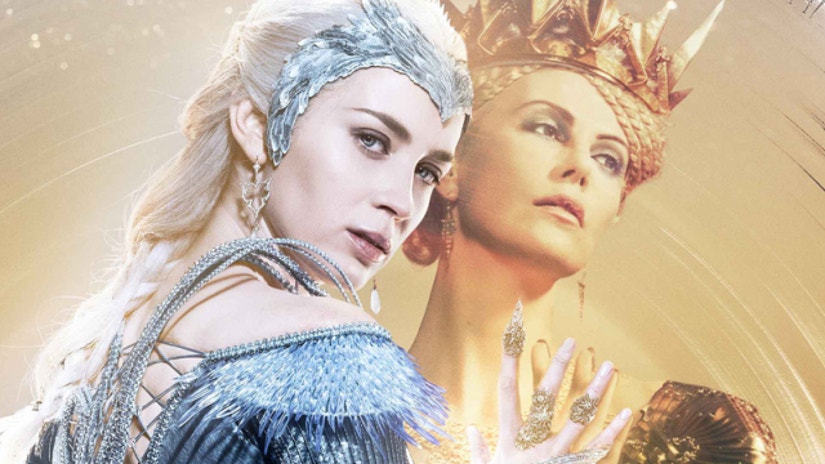 Charlize Theron was, without a doubt, the best thing about the first "Snow White and the Huntsman" film -- but now, she's got some icy competition.

While her Evil Queen returns in the first trailer for "The Huntsman: Winter's War," Emily Blunt is coming for the spotlight as Ravenna's wicked sister, Freya the Ice Queen. She sports a white braid, lives in an ice palace and freely flings snow from her hands ... sound familiar? Unlike Elsa from "Frozen," however, Freya is most certainly evil.

Working as part prequel, part sequel, the new film shows how Blunt's queen trained both Chris Hemsworth's title character and warrior Sara (Jessica Chastain) to become deadly assassins for her ... the two falling in love in the process.

After learning of Ravenna's demise by the hands of Snow White (Kristen Stewart, who doesn't return), she brings her back to life with the help of her Magic Mirror.

According to the official synopsis, the two then "threaten this enchanted land with twice the darkest force it's ever seen" ... unless the huntsmen can defeat them.