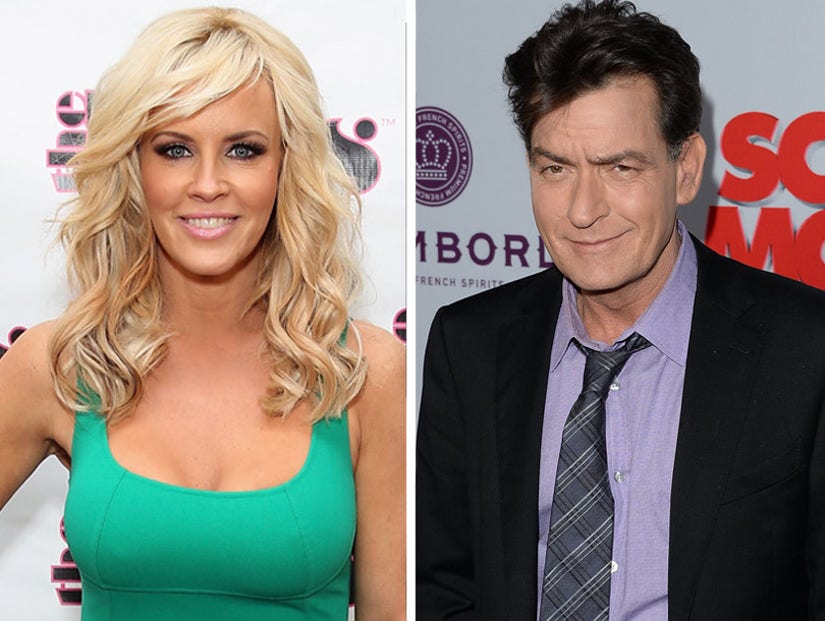 Jenny McCarthy has a lot of feelings about Charlie Sheen's HIV reveal -- criticizing him out for never disclosing his diagnosis to his TV costars, herself included.

The "Dirty Sexy Funny" host -- who played one of Sheen's love interests on "Two and a Half Men" from 2007-2011 -- gave her reaction to yesterday's news on her Sirius XM show today.

"Before we do a job, we have to sign a piece of paper that says, 'Do you have cold sores?' You have to sign a release saying, 'Yes, I have cold sores' and you have to show the medication," she explained. "For years I've signed this piece of paper. Now, being on 'Two and a Half Men' myself and being a love interest, you would think that there would be some type of … I don't want to say, not criminal issue, but what, I don't even know how to feel about that."

"Playing his love interest on the show ... ugh ... that's not fair and scary," she continued.

"Look how many people have played his love interest on the show, not that you can obviously get it through kissing, but still, that's a big deal," she added, exasperated.

McCarthy went on to say she considers herself "STD phobic" after everything she went through with son Evan Asher's health. "There is nothing that I want to do that would be dumb enough to get any type of disease," she said. "I have to live forever for my kid."

She ended her mini-rant by saying she does "have sympathy for him" and that it's "awful" he's sick -- but added he's going to "have to take some major accountability with many people in his life" for keeping his diagnosis a secret.

In an interview with "Today" on Tuesday, Sheen revealed he was first diagnosed four years ago ... and insisted it was "impossible" he transmitted the virus to anyone else.

"I have a responsibility now to better myself and to help a lot of other people and hopefully with what we're doing today others will come forward and say, 'Thanks, Charlie,'" he added.

What do you think about Jenny's candid comments? Sound off below.