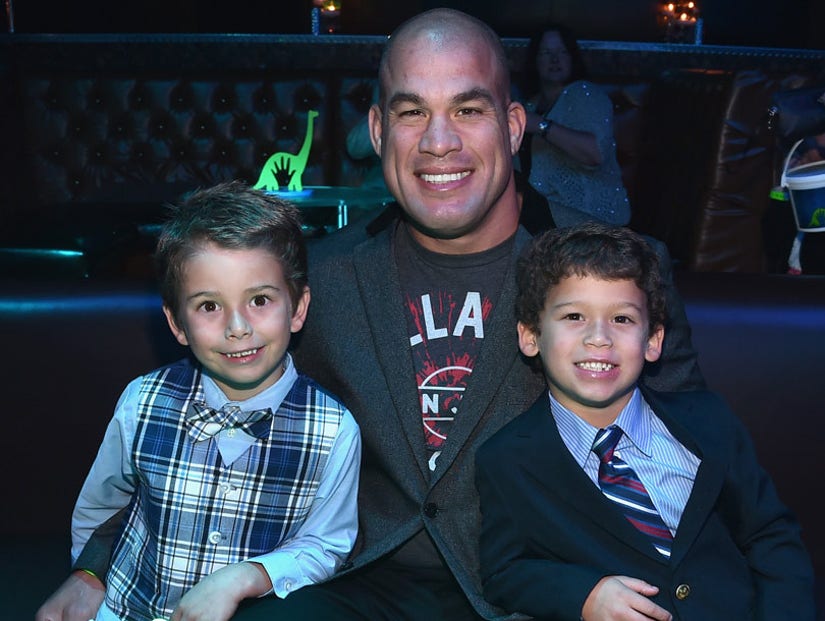 Tito Ortiz is speaking out about ex Jenna Jameson, putting her on blast for "abandoning" their twins on social media.

On Wednesday, we tweeted out a link to an adorable photo of the MMA fighter with 6-year-old sons Jesse and Journey at the premiere of "The Good Dinosaur" in Hollywood.

In the pic it linked to, the proud papa smiles with his hands on his boys' shoulders, the two cute kids all dressed up for the red carpet.

@TooFab nope she abandoned them three years ago.

"She abandoned them three years ago," Ortiz commented on the tweet.

In response, Jameson tells toofab, "That is totally untrue. He has alienated me as a parent, and I am in court proceedings overturning his wrongful judgement."

After a very volatile relationship that included allegations of domestic violence and drug abuse, Ortiz was awarded full custody of the former couple's kids in 2013. For the record, Ortiz has maintained he never touched his ex and called the incident that "worst time" of his life in an interview last year.

He currently lives with the twins and girlfriend Amber Nichole Miller in Huntington Beach, California. At the time of that 2014 interview, he said Jameson hadn't asked to see the boys in over 18 months.

"What the difference two and a half years can do to kids with a positive environment. Very thankful. #HappyFamily," Ortiz captioned another pic of the boys on his Instagram this week.

"#TheGoodDinosaur was a great family film. The Boyz said it was funny,sad and happy but it was nice they had a family circle like us. A must see film. @disneypixar," he added in a third photo.