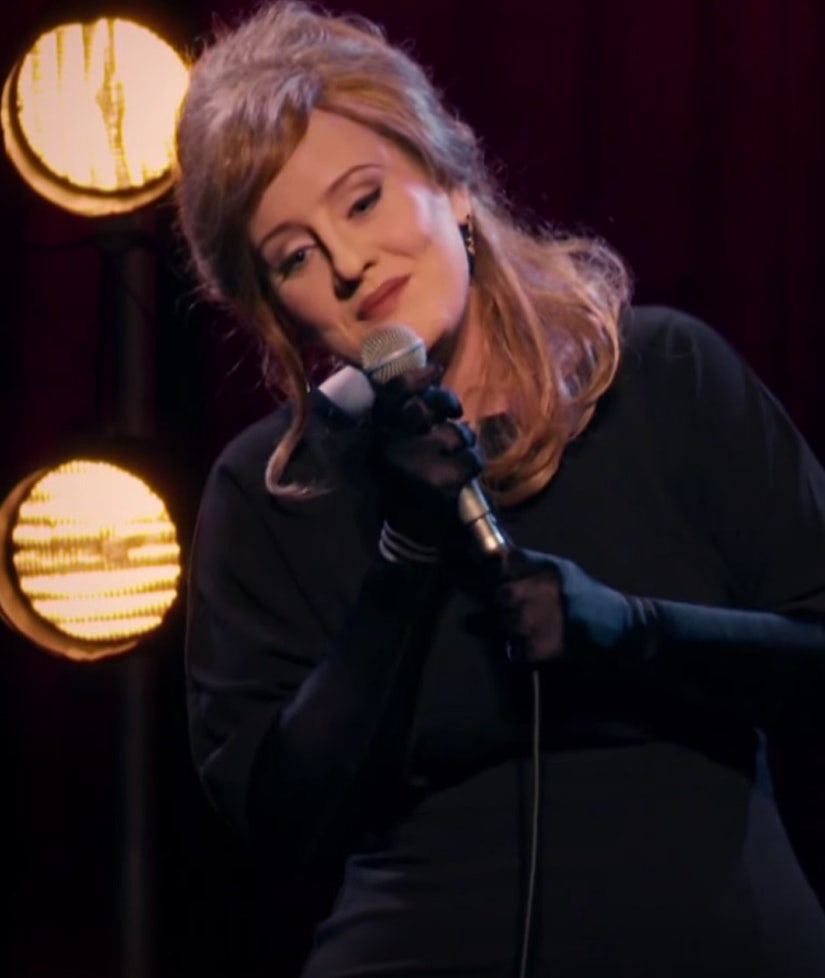 This might be the best prank of the year!

As "Jenny," the "Hello" singer is nearly recognizable, sporting a prosthetic nose, chin and makeup that makes her eyes and lips look different.

"Can't wait for the new album," one of the impersonators tells the group.

"She's taking her time," the real Adele replies, poking fun at the fact that her new album, "25," took so long to make. "Try saying that to her face," another impersonator says.

Adele even fakes some serious nerves before taking the stage for her performance of “Make You Feel My Love.” But as soon as she sings, no one can deny that it has to be the real thing.

Watch the hilarious clip above!