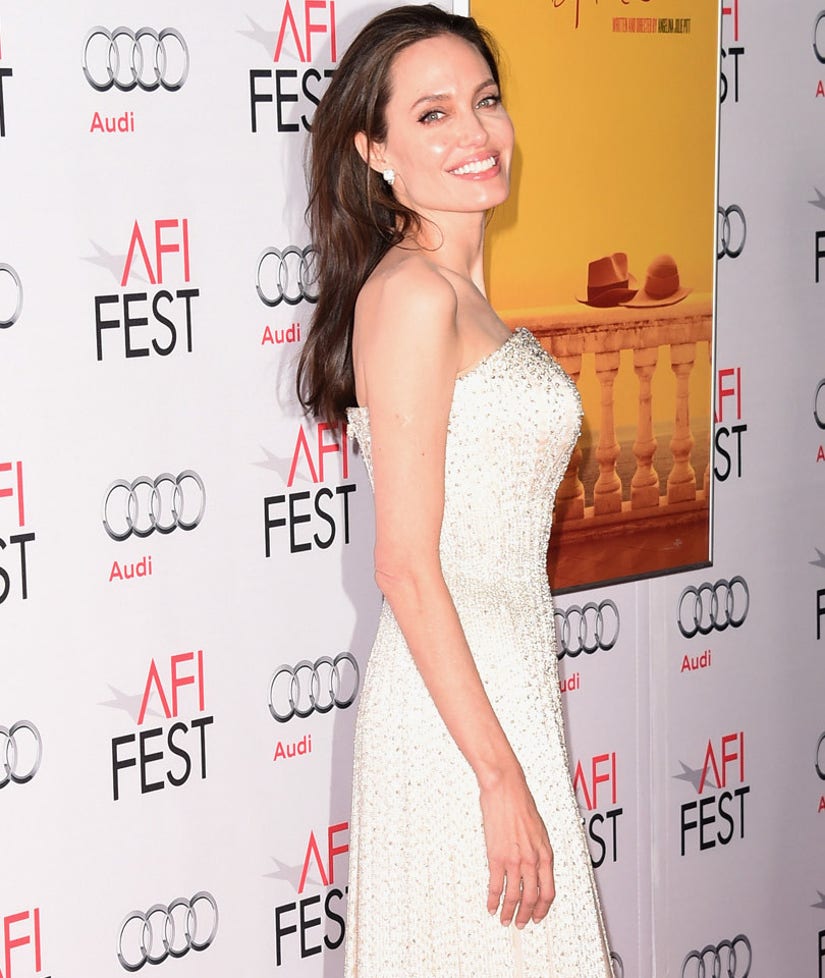 Angelina Jolie is getting extremely candid about her health.

The "By The Sea" star opened up about her early menopausal experiences thus far, while chatting with Australia's Daily Telegraph on Saturday.

Jolie -- who had both her ovaries and fallopian tubes removed last March as a preventative cancer measure -- revealed how the surgery has changed her life.

"I actually love being in menopause," Brad Pitt's wife told the publication during the candid interview. "I haven't had a terrible reaction to it, so I'm very fortunate."

The 40-year-old likewise revealed that she's been enjoying the entire aging process.

"I feel older, and I feel settled being older," the mother-of-six confessed. "I feel happy that I've grown up. I don't want to be young again."

Angie has been extremely open about her health, since first opting for a preventative double mastectomy in 2013. Jolie even penned two New York Times articles about her preemptive surgeries, one discussing her choice to remove her breasts and a second about removing her ovaries and fallopian tubes.

"I know my children will never have to say, 'Mom died of ovarian cancer,'" she confessed in her op-ed last March.

What do you think about the "Mr. and Mrs. Smith" star's candid comments? Tell toofab below and check out the gallery above to see more women of the '90s then and now.