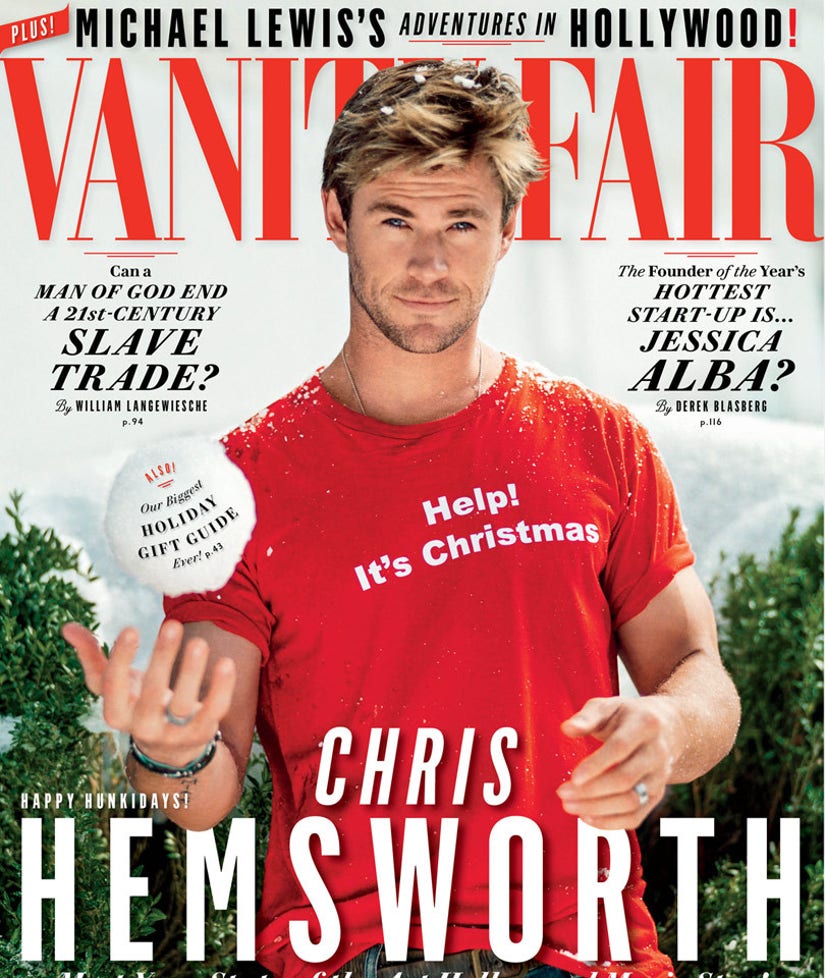 Chris Hemsworth is getting candid about the pressures of living life in the Hollywood spotlight.

The actor, who handsomely graces the cover of Vanity Fair's holiday issue, admits that he's moving his family away from Los Angeles and back to his native Australia.

"You just kind of lose touch with reality a bit here," the "Thor" star says of driving past billboards in Hollywood. "You drive down the street and you're constantly reminded of everything you're either involved in or not involved in. It's exhausting."

When discussing the added headache of the city's paparazzi, the father-of-three talks about Jennifer Lawrence's infamous comments on the photogs. "What was it that Jennifer Lawrence said? 'I know everyone says you're not supposed to complain about the paparazzi. Well, I don't give a sh-t. I'm fu-king complaining!'" He says with a laugh, adding, "But she can get away with that."

Hemsworth goes on to talk about how his acting career started. Before moving to Los Angeles in 2007, he worked on the Australian soap opera, "Home and Away," for three years.

"It was a great place to get caught up in that sort of thing [i.e., teen-idol-dom] because no one really gave a sh-t, because it was just a soap opera and cell-phone cameras weren't as popular," he explains.

After getting minor role in "Star Trek," he was destined for a big break ... but it didn't come with the snap of a finger.

"There were eight months where just everything stopped. I got more and more anxious. I was about to pack it in," he declares. "I had an audition before Christmas, and as I got on the plane, I thought, I don't give a sh-t anymore. I'm sick of caring ... It didn't happen overnight for me. I bounced around Hollywood for days."

Even though those eight months seemed like an eternity, Chris later landed his role in "Thor." But, Hemsworth says, being the star of a big blockbuster has its drawbacks.

"When something costs $150 million and it doesn't work, it's your face, it's your fault," he admits. "And the character has fans. Are they still a fan or did you just make them never want to read the comic again?"

Humble and handsome? It doesn't get any better than Chris Hemsworth!

Check out his full interview in the Holiday issue of Vanity Fair, available on newsstands in New York and Los Angeles on November 26 and nationally on December 1.