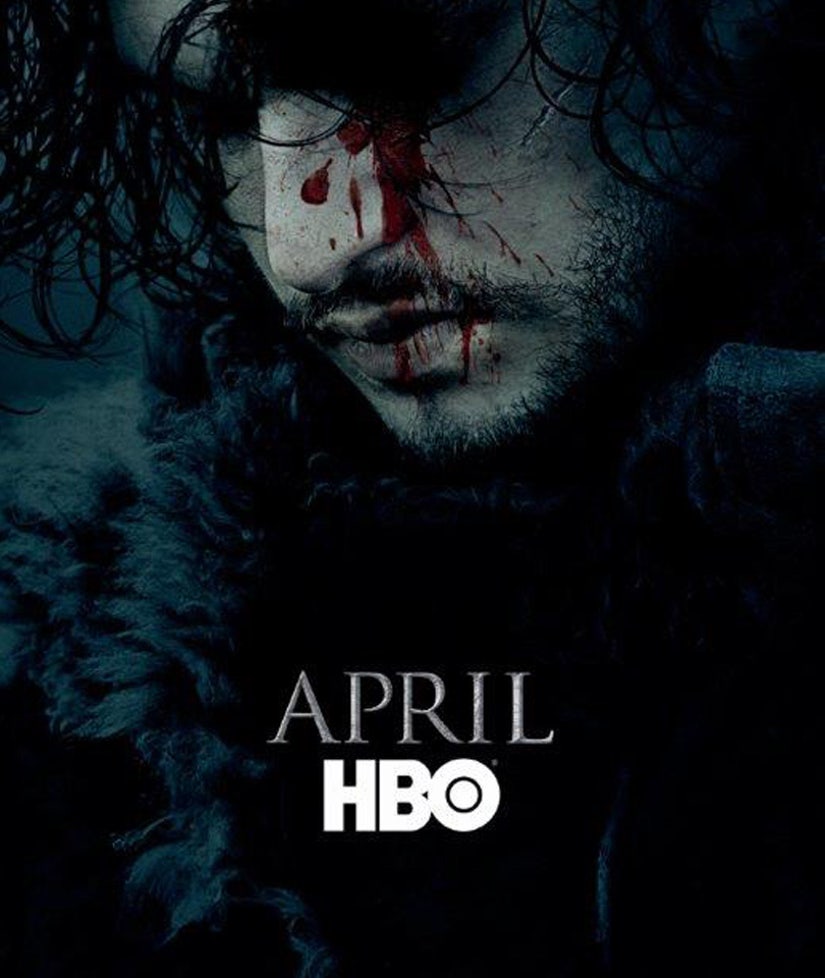 Is "Game of Thrones" about to resurrect a fan favorite?

The last we saw of Jon Snow (Kit Harington), he had been stabbed to death by little Olly and the men of the Knight's Watch ... but could he be coming back?

HBO has everyone talking after they released the first teaser poster for Season 6, which showcases a bloodied Snow and the words "April HBO."

It's a very simple tease, but man is it an effective one!

Almost immediately, fans began tweeting that this must mean the character returns, despite show-runners and Harington himself saying otherwise.

"Quite honestly, I have never been told the future of things in this show, but this is the one time I have. They sat me down and said, 'This is how it is.' If anything in the future is not like that, then I don't know about it," he told EW after his character's apparent demise. "But I've been told I'm dead. I'm dead. I'm not coming back next season."

It's possible his character comes back in some other form or could be brought back to life by Melisandre. Other popular theories: Jon Snow is really Azor Ahai, he could warg into his Direwolf or The Knight's King could bring him back as a White walker.

What do you think it all means? Sound off below!