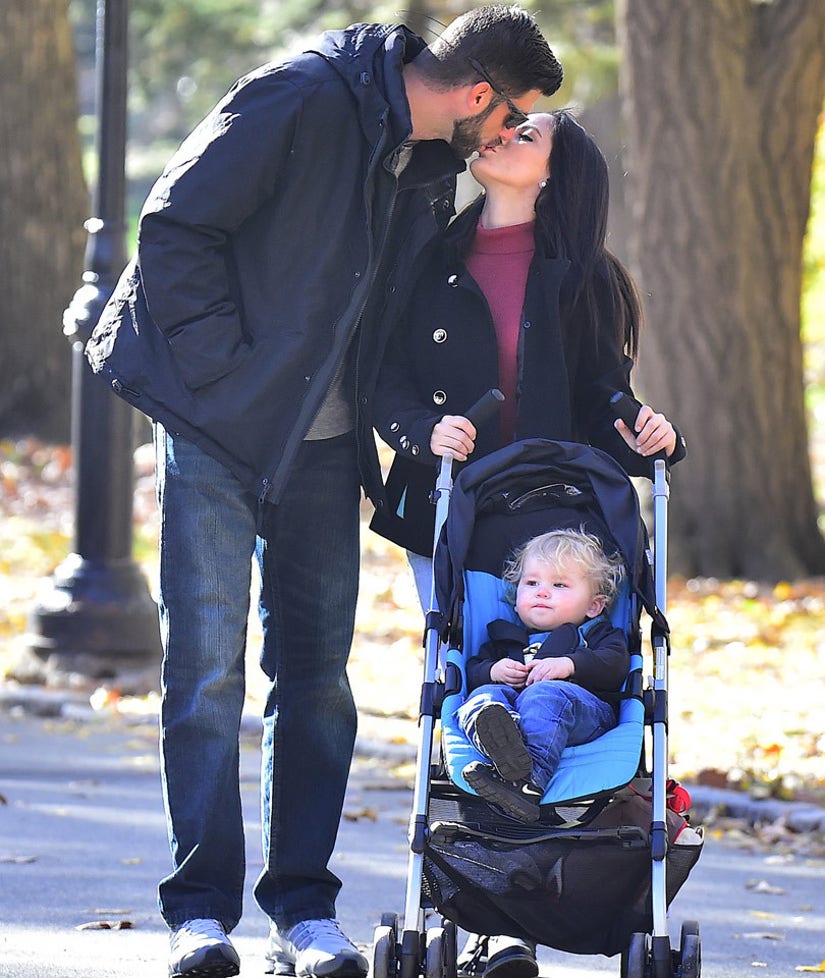 Jenelle Evans enjoyed a family outing in Central Park in New York City on Sunday with her son Kaiser and boyfriend David Eason -- and packed on some major PDA with her new beau!

The "Teen Mom 2" star was snapped exchanging a kiss with Eason, who she's been dating since September, as the duo pushed the adorable one-year-old through the park in his stroller.

In another shot, the mom-of-two sits on a rock while she holds her youngest son in her lap. The trio looked like they had a fun time in The Big Apple, Jenelle also took her son on a carriage ride and enjoyed a date night with Eason at Planet Hollywood. 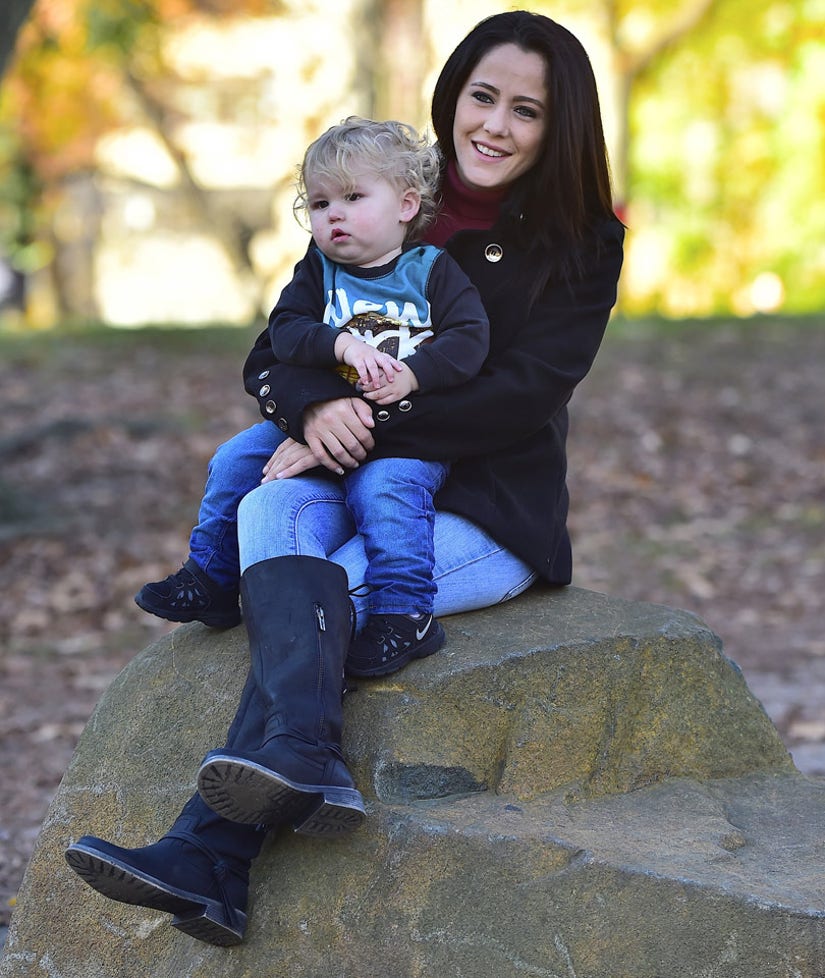 The tot looks exactly like his dad Nathan Griffth, who Jenelle split from over the summer following a very tumultuous relationship.

We caught up with the 23-year-old back in August where she revealed she was much happier after moving away from her ex. 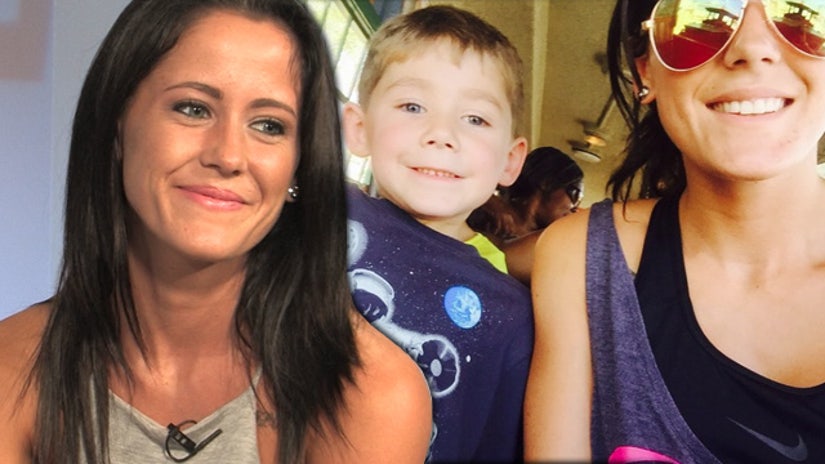 "I moved away from where I used to live with Nathan and I'm actually a lot calmer and a lot happier and I'm just happy I don't have to deal with any of his charades anymore," she told toofab.

Fast forward to a few months later and the reality star has been sharing tons of photos with her new man to her followers. The 28-year-old cutie has two kids of his own -- and is dad to a daughter named Maryssa Rose and a baby boy named Kaden.

How cute are Jenelle's family photos? Sound off below then click "Launch Gallery" for more "Teen Mom" kids then and now!