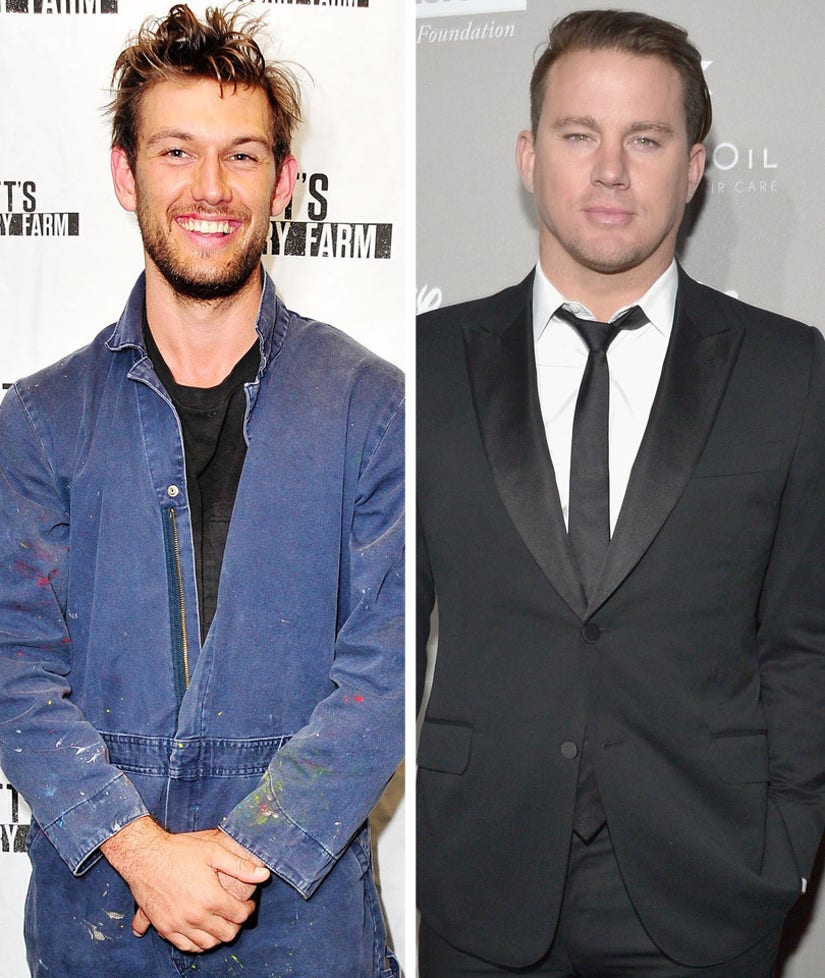 Sounds like a few of the cast members of "Magic Mike" weren't as tight as we thought.

Alex Pettyfer opened up about his relationship, or lack thereof, with Channing Tatum during an interview with Bret Easton Ellis for his podcast B.E.E.

During the candid conversation, Pettyfer revealed that he and Tatum didn't end things on great terms after filming "Magic Mike."

When asked about rumors that the duo did not get along, Alex confessed, "It's true."

"Because Channing Tatum does not like me -- and for many reasons [and] many being my own fault," he clarified.

Reportedly, Channing was hesitant to cast Alex in the first place, partially because of his "bad boy" reputation. As a result, Pettyfer's reps advised him to keep a low-profile.

"I was scared to speak," the 25-year-old explained. "I actually did my work and I sat in the corner and listened to music because I had been told anything I did was wrong by my reps. I was very insecure as a human being. That also gave me a bad rep because everyone was like, 'Alex doesn't speak because he thinks he's better than everyone else.' That's not true. I was just generally nervous and scared to be myself. I was in character."

Alex and Channing's relationship took a turn for the worse when Pettyfer missed rent while he was staying at one of Channing's friend's apartments.

At the time, the actor was living there with his ex-fiancee, Riley Keough, and moved out suddenly due to his allergies. Shortly after, Pettyfer's cousin passed away and thus he "forgot" to pay rent.

"All of a sudden, I got a very negative email from Channing -- rightfully so -- saying, 'Don't f**k my friends. You owe money. Pay the f***ing money. Don't be a clown,'" Pettyfer recalled. "And I really took that the wrong way, which I shouldn't have, and emailed him back and said, 'I'm in a real negative headspace and can you respect me for a moment and blah, blah, blah.' And I got hounded through this time of grieving for money."

"By the end of it, I just said, 'F**k them, what is money when life is so much more. I'm not paying,'" he continued. "And I should have just paid. I think he was looking for an excuse to not like me."

Apparently, Alex claims that when the two came face-to-face to film a few "Magic Mike" re-shoots, the actor had already told the rest of the cast that he did not like Pettyfer.

"What Channing says goes," he revealed. "He's a movie star. I made the poor decisions."

Nevertheless, Alex says he's learned a lot from the experience.

"Channing was actually an incredible influence on me because after this whole situation happened -- this was kind of the end of my immaturity and all my experiences put into one -- and Steven Soderbergh was a huge part of that as well and I owe my life to that man," he confessed. "It was an incredible experience making 'Magic Mike.' I wouldn't replace it for anything."

What do you think about Pettyfer's candid comments? Sound off below and check out the gallery above to see more celebrity feuds!