Warning: This video contains some explicit language ... but is absolutely hysterical!

Julianne Moore is really showing off her acting chops!

The Oscar-winning actress appears in a new episode of "Billy On The Street," where she and Billy Eichner run around NYC and ambush random tourists with her acting abilities ... with the hopes of making a few extra bucks.

Check out the hilarious video above to see how Moore does!

The duo first stop one unsuspecting Aussie for a quarter, and Julianne immediately breaks into character while reciting a line from "The Kids Are Alright."

"The bottom line is: Marriage is hard," Julianne reads from a note card, while welling up with tears. "It's really f---ing hard."

Next, for two bucks from two nice ladies, the 54-year-old acts out a scene from "Magnolia."

We love how people ran up to take selfies during the intense moment! 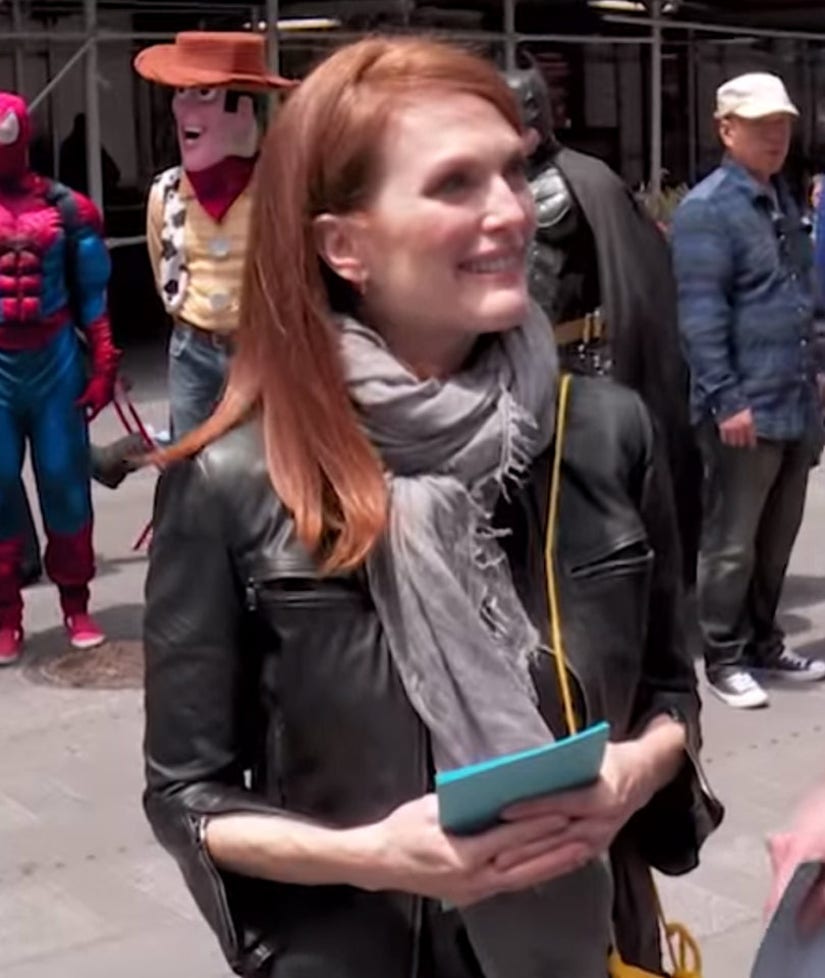 Clearly, the "Still Alice" actress has earned all of her accolades -- what do you think about Moore's acting abilities? Tell toofab in the comment section below and check out the gallery above to see more leading ladies of the '80s and '90s then and now!