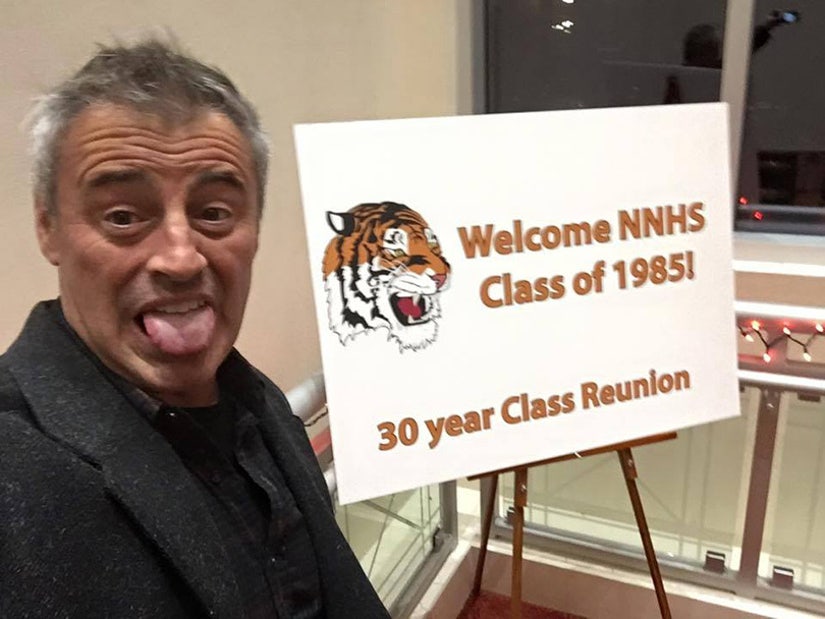 Some people might run in the opposite direction when they think about attending their high school reunion -- but not Matt Leblanc!

The 48-year-old actor graduated from Newton North High School in Massachusetts back in 1985 and attended his 30th reunion last Friday night.

High school reunion tonight. Yikes. Should be a blast to see everyone. I hope.

Upon his entrance, the "Friends" was greeted with a sign saying “Welcome NNHS Class of 1985! 30 year reunion,” and stopped for a quick selfie he later shared on Facebook. 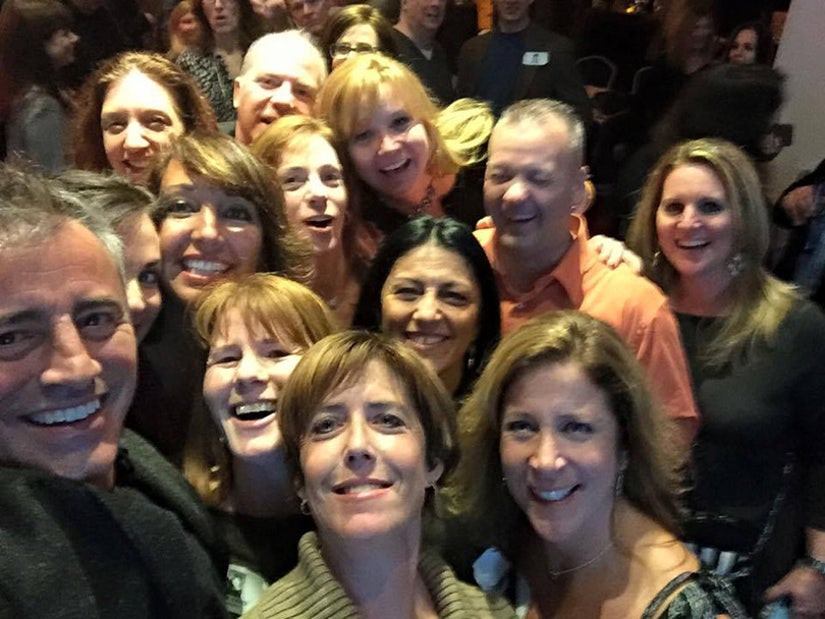 Throughout the night, LeBlanc's high school friends couldn't resist bringing up Joey's famous "Friends" pick up line -- something he had to tweet about following the event.

You can catch Matt Leblanc on the series, "Episodes," which will start filming its fifth season in 2016.