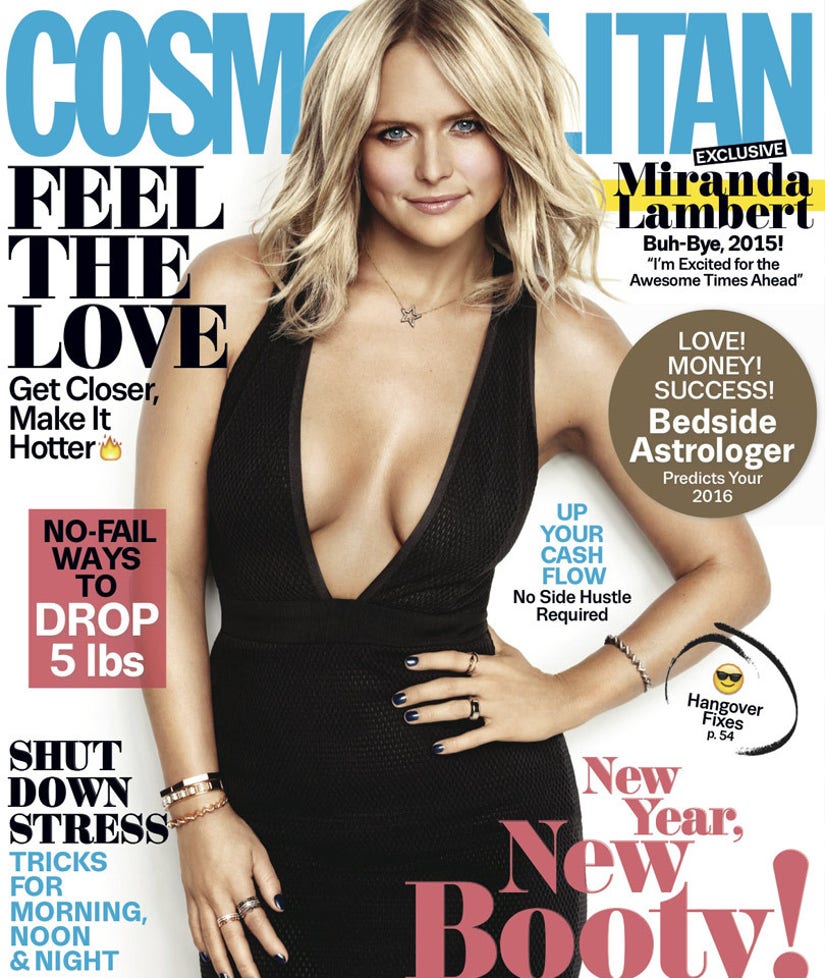 The country cutie covers the January issue of Cosmopolitan magazine, where she opens up about her divorce from ex Blake Shelton.

While Lambert looks better than ever, rocking a skin-tight LBD in the accompanying photo spread, the 32-year-old says she's still trying to figure everything out.

"We were together for 10 years, married for four, were very quickly divorced, and are friends. I'm still processing everything and figuring out where to go and what happened," she confesses.

"[Marriage is] a tough business, and we gave it our best college try… If I ever were to get married again—which is completely not on my radar at all right now—I feel like it's not about it being a step in life," she continues. "It's not about a piece of paper or a diamond. It's the way you feel about somebody and the commitment in your heart."

And even though it's been a hard few months for the "Automatic" singer, Miranda says she's hanging in there.

"I just want to live a life full of everything. Some of that might mean nights on my porch crying, drinking whiskey, and going, 'Man this sucks right now.' I don't necessarily want to know that I have really bad, long, lonely nights ahead of me, but I have had some, and I still have a bunch ahead of me," she explains.

"But it's about living in the moment and feeling every tinge of pain, then waking up the next day and going, 'All right, I'm going to ride my ponies. I'm going to have a girls' night.' That's where I am. That's where I'm gonna live," she adds.

Lambert also doesn't want fans to try to take sides. "We just need y'all to be supportive, and nobody pick a side — because there ain't a side," she says inside the mag (via Page Six).

What do you think about Miranda's candid comments? Sound off below and check out the gallery above to see more sexy country singers!