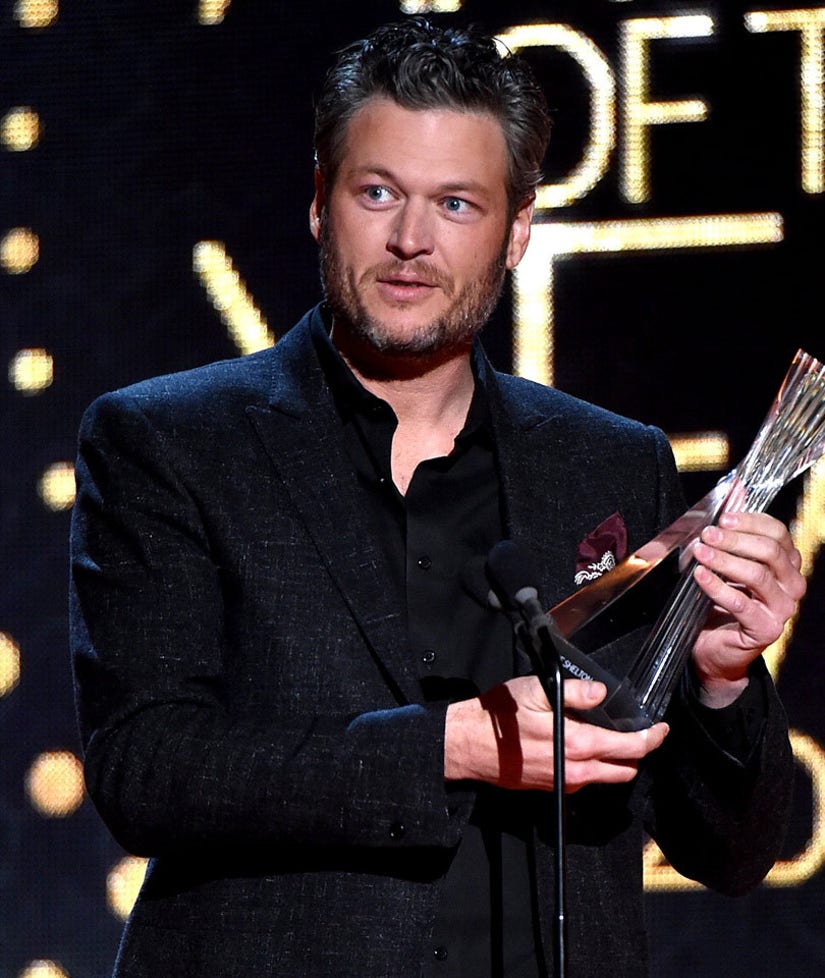 From his very public split from Miranda Lambert to his new relationship with his "Voice" costar, Gwen Stefani, Blake Shelton has had a year of ups and downs.

The country superstar was back in the spotlight last night when he was named Artist of the Year at the 2015 CMT Awards in Nashville. The show's host, Trace Adkins, gave his pal a lovely introduction before poking fun at Shelton's personal life.

"I've known Blake personally and professionally for 15 years or so. And his rise to fame has really been incredible to watch," Adkins told the crowd. "He has been named the CMA Male Vocalist of the Year five times. He has had four albums reach the top of the chart, 15 No. 1 singles in a row."

"On top of all that, he has still got his day job on The Voice," he continued. "Not a whole lot this guy can't do, other that keep his love life private."

The "Honey Bee" singer took the stage to receive his award, where he reflected on his "crazy year."

"This is awesome, I've never gotten one of these from CMT before and been jealous over the last few years. First of all, thank you to CMT for including me on this. So cool," Blake said. "So let me just say that I want to thank my label and thank my entire team. There's too many people to stand up here and name, but more importantly, I want to say that this has been a crazy year, from the way it started to how it's ending so awesome for me. So thank y'all. This is a great way to end it for me. Thank you so much."

Last year, Shelton's ex nabbed the coveted Artist of the Year honor. "My husband, I always forget to thank him, but he's my rock – Blake Shelton," she said in her acceptance speech.

A lot has changed in a year!

Click through the gallery at the top to see all of the stars celebrating the CMT Artists of the Year, including Kellie Pickler, Luke Bryan, Billy Ray Cyrus and many more.