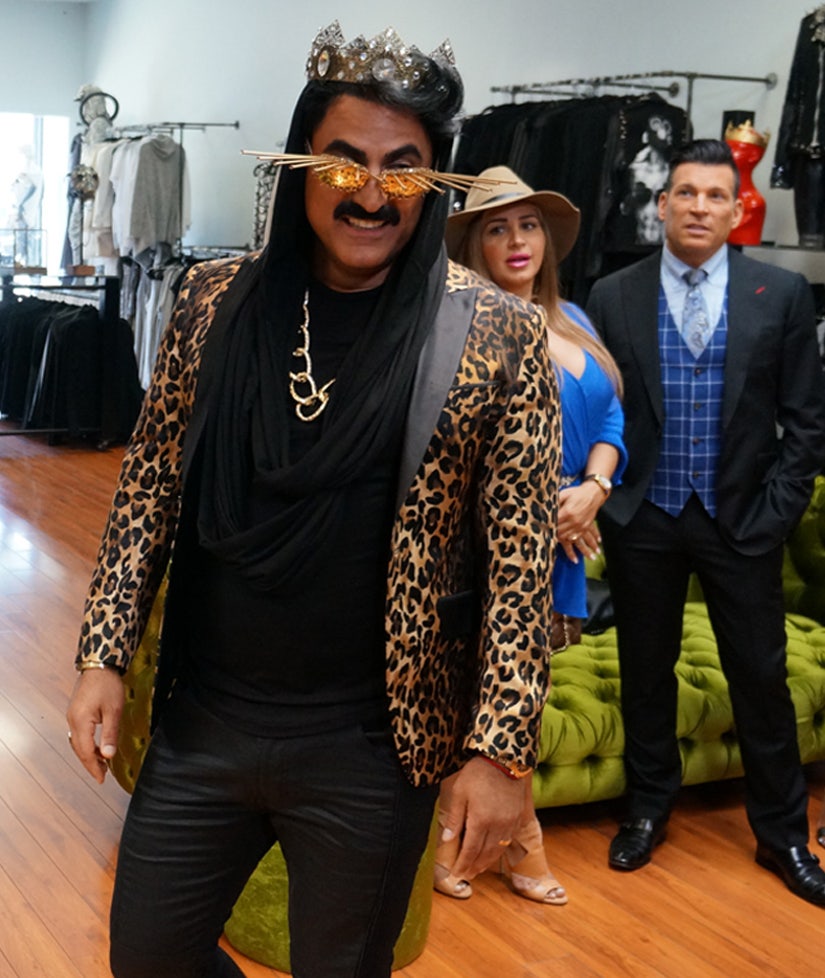 Reza Farahan is known for his over-the-top style, but even THIS is a little too much!

In an exclusive sneak peek of this week's episode of "David Tutera's CELEBrations," the party planning guru is tasked with throwing a Persian-themed '70s birthday party for the "Shahs of Sunset" star -- but things take a wild turn when the guys clash over clothing.

Reza tells the wardrobe stylist that he's looking for a "bell-bottomy, OG polyester big lapel" look, but that's not what he was given. Instead, he's asked to slip into an all-white jacket, matching pants and crazy accessories.

"He handed me this Boy George, crazy '80s hammertime, 'got it from the dumpster' look," the reality star says to the camera. "I'm thinking maybe he's confused."

After the stylist adds a white boa and matching hat, the group says Reza looks just like Joan Collins!

"I think it's fine, it's '70s Persia," the wardrobe guru says as he adds a tiara. Tutera doesn't agree, adding, "It looks like Liberace had sex with Big Bird and had a white baby."

You've gotta watch the clip above to see that outfit, and find out if he ends up wearing the animal-print blazer in the photo above when "David Tutera's Celebrations" airs on Friday, December 4 at 10 PM ET/PT on WEtv.