Let's file this under politically incorrect!

On this week's episode of "Billy on the Street," the comedian debuts his new "Escape from Scientology" obstacle course, inspired by Leah Remini's very public departure from the Church of Scientology.

Rachel Dratch is the first (and only) contestant to take on the challenge, which includes obstacles like an inflatable boat guarded by the infamous Sea Org and the volcano featured on the cover of Ron Hubbard's "Dianetics" book.

The "Saturday Night Live" star also comes across John Travolta's shed, which is filled with male prisoners in towels. The actor is not going to be happy about this one!

At one point, Dratch even has to "find Shelly Miscavige,” a reference to the wife of current Scientology leader, David Miscavige. Eichner explains that she hasn't been seen in public in almost ten years -- and Remini once filed a missing persons report with the LAPD. According to the Church, Shelly has never been missing.

Is Rachel able to find her in an inflatable pool filled with Jello? Check out the clip above if you want a good laugh.

Remini herself clearly enjoyed the game -- as she tweeted this at Eichner later in the day:

Thank you @billyeichner for helping @TheRealDratch get out! Glad she is okay ;) @truTV #troublemakers https://t.co/cnu4htXRE8 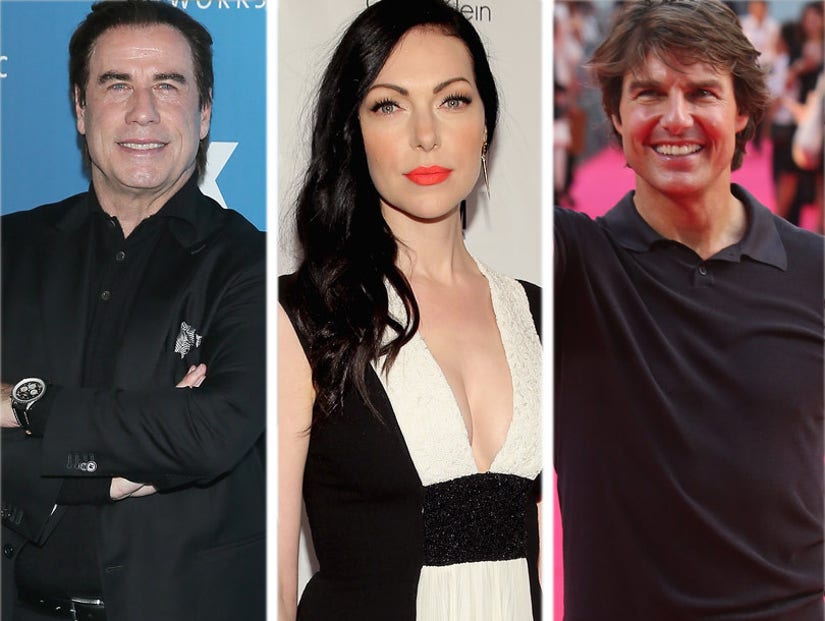