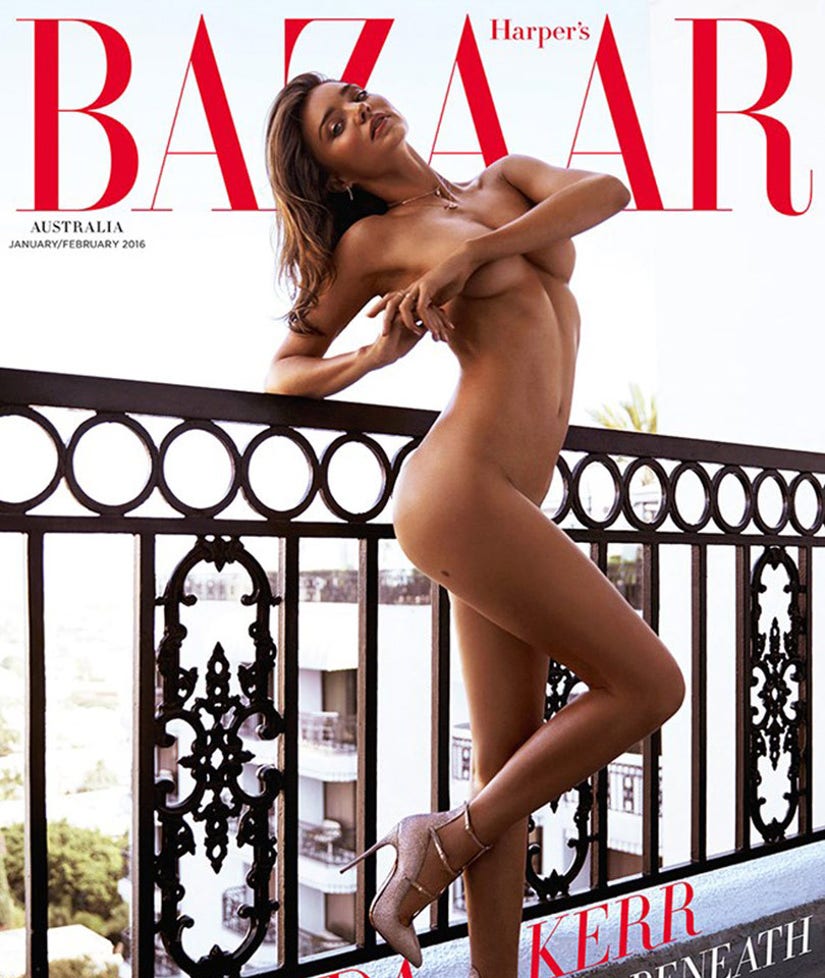 Miranda Kerr may have retired from the Victoria's Secret runway, but this former Angel has never looked better.

The stunning supermodel is putting her naked bod on full display for the January/February 2016 issue of Harper's Bazaar Australia.

In the cover shot, shot by photographer Steven Chee, the 32-year-old star covers up her goods as she leans against a balcony at The London Hotel in West Hollywood in nothing but a pair of pink Christian Louboutin stilettos.

We have a feeling nobody's looking at those shoes, though! 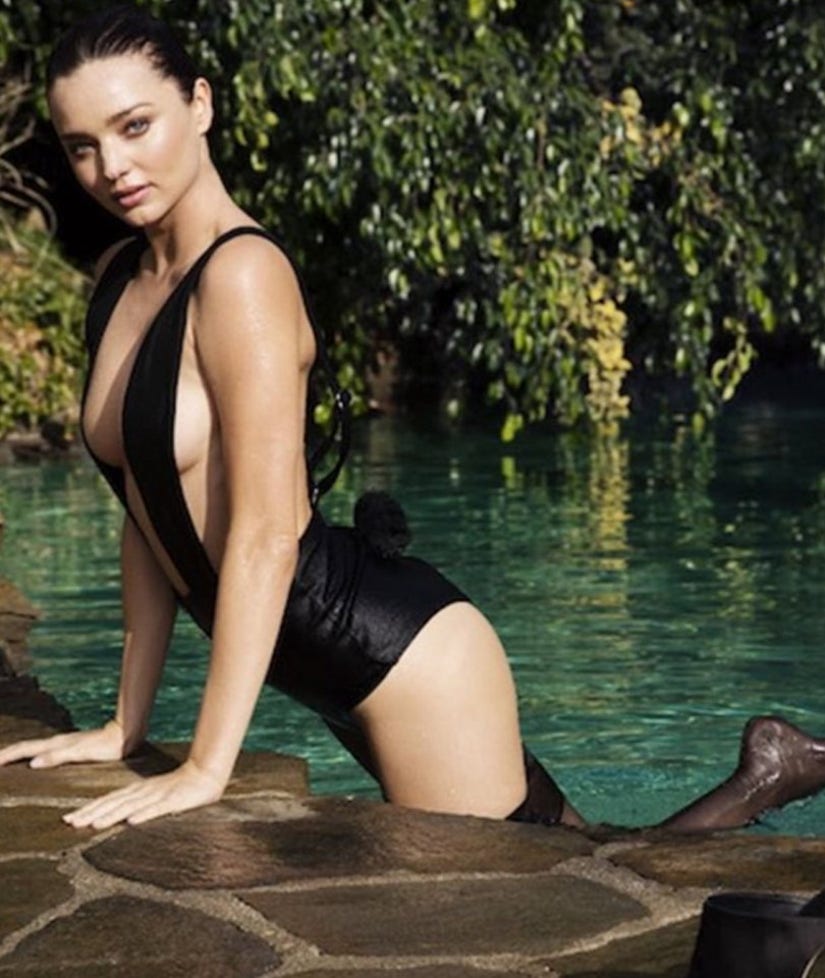 Not only is Kerr baring it all for the mag, but she also is strutting her stuff for LOVE Magazine's famous advent calendar.

Sporting a dangerously low-cut black one-piece, the brunette bombshell leaves little to the imagination as she takes a dip in the pool ... with her black stockings on.

Miranda clearly knows how to maintain her killer curves, and she says it's all about exercise.

"Staying fit is really important to me," the mother-of-one recently told Your Fitness magazine. "I try to do at least half an hour of yoga every day and then I add Pilates and some strength training with weights and resistance bands to elongate and tone my muscles."

"Generally, when exercising, I like to mix it up, with everything from resistance training to yoga, hiking to going for a bike ride with my son," she added.

As for her diet, the seasoned model likes to carry healthy snacks, including fresh fruit, nuts and seeds.

"I like to start the day off right with something healthy and clean like a fresh juice, egg whites with avocado or oatmeal," she revealed. "I follow an alkaline-based diet and drink between two to three liters of alkaline water every day to stay hydrated."