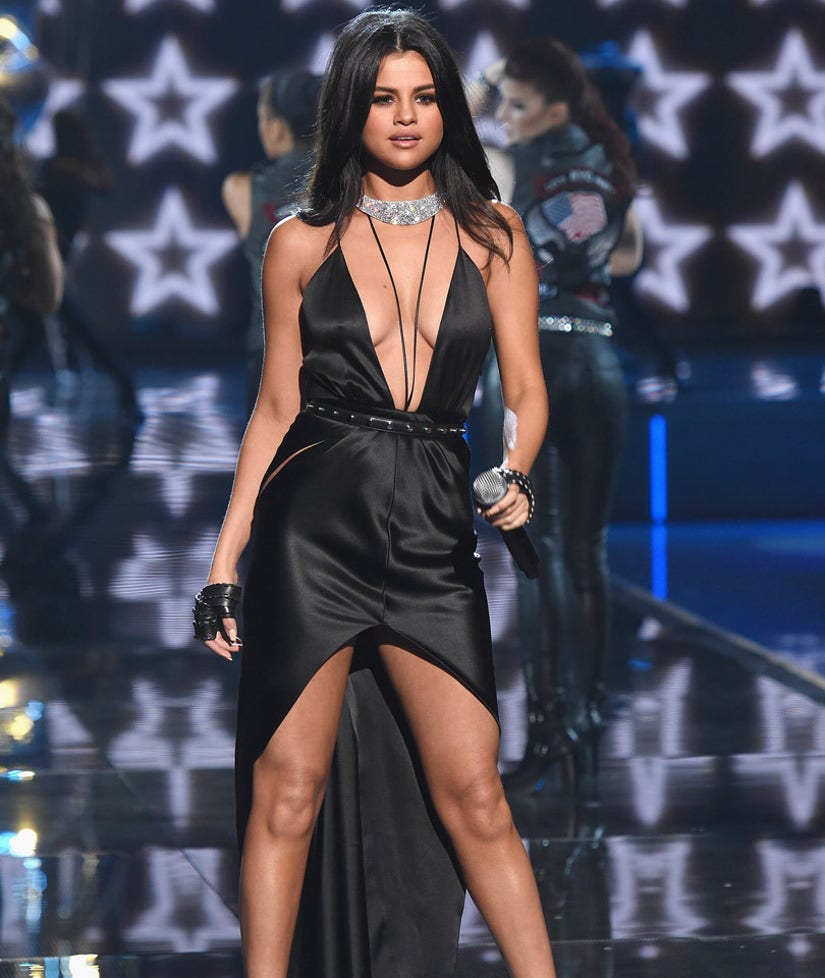 While the "Good For You" singer put on a killer performance at the pre-taped 2015 Victoria's Secret Fashion Show on Tuesday, some viewers thought the 23-year-old lip-synced her songs.

The lingerie brand shared a photo of Gomez's sexy ensemble via Instagram, which was later flooded with comments that the pop star faked her performance.

"Yes I f---ing sing live," she commented on the photo, in response to the haters.

This isn't the first time the "Come & Get It" singer has had to address criticism from the public. While promoting her new album, "Revival" earlier this year, the brunette beauty opened up about some of the recent negativity she's dealt with.

"You have to understand that I dealt with a lot of body shaming this year, and I've never experienced that before," she revealed during a radio interview with L.A.'s Power 106 back in September. "I don't care about that stuff, but I did start gaining weight and I didn't really mind it. I enjoyed it."

"Man, that hurt," she added. "That was really hurtful. I've experienced people who have tried to control that stuff before."

We love that Selena has no problem standing up for herself -- what do you think about all the lip-syncing rumors? Sound off below and check out the gallery above to see more photos from this year's Victoria's Secret Fashion Show!