The model stars in boyfriend The Weekend's new music video for "In The Night," where she plays one badass stripper who assassinates a man after he attacks her and her friends in the club.

Directed by BRTHR, the dark '80s throwback video was shot in Brooklyn, New York and features a ton of epic fight scenes and brutal gore.

It's been a pretty great year for the breakout R&B sensation. The Weeknd was just nominated for a slew of Grammys (including Album of the Year, Record of the Year and Best R&B Song of the Year) and performed at this year's Annual Victoria's Secret Fashion Show, alongside Bella's sister Gigi Hadid. 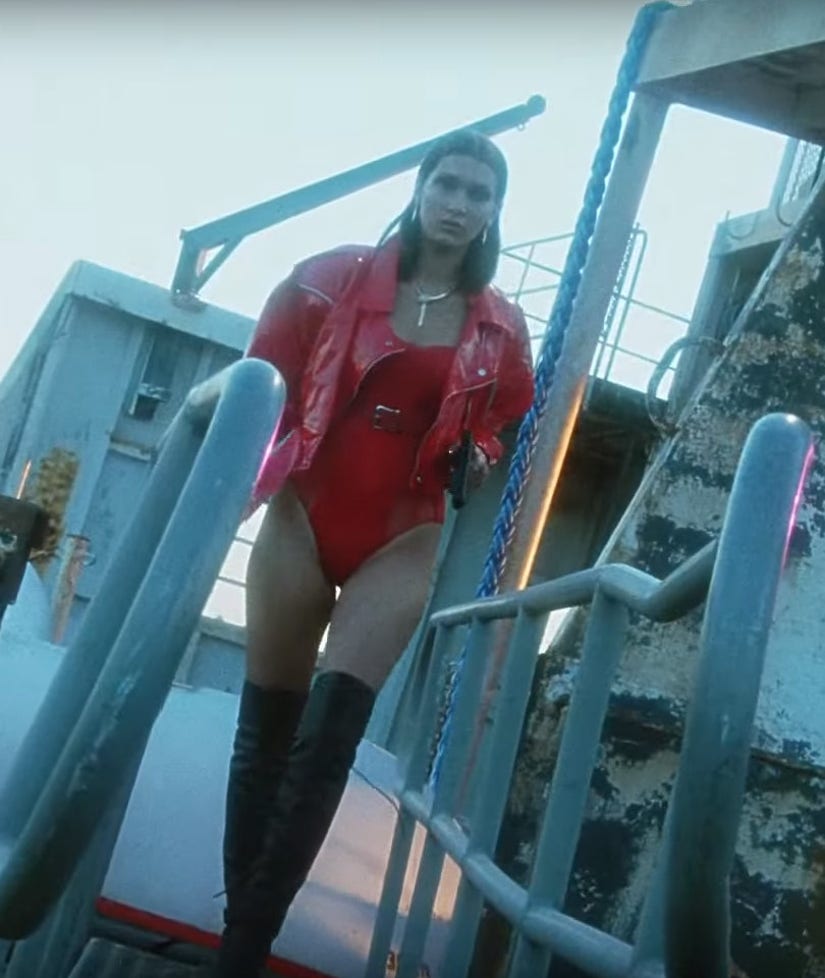 Even with all of his success, the 25-year-old isn't letting it go to his head. "I'm not known as the greatest singer right now, but I'm also not known as the guy who f--king sucks, you know?" he candidly said about his stardom to Rolling Stone in October.

We are loving The Weeknd's new song -- what do you think about his racy video for "In The Night"? Tell toofab in the comment section below and check out the gallery above to see more gorgeous celebrity offspring!