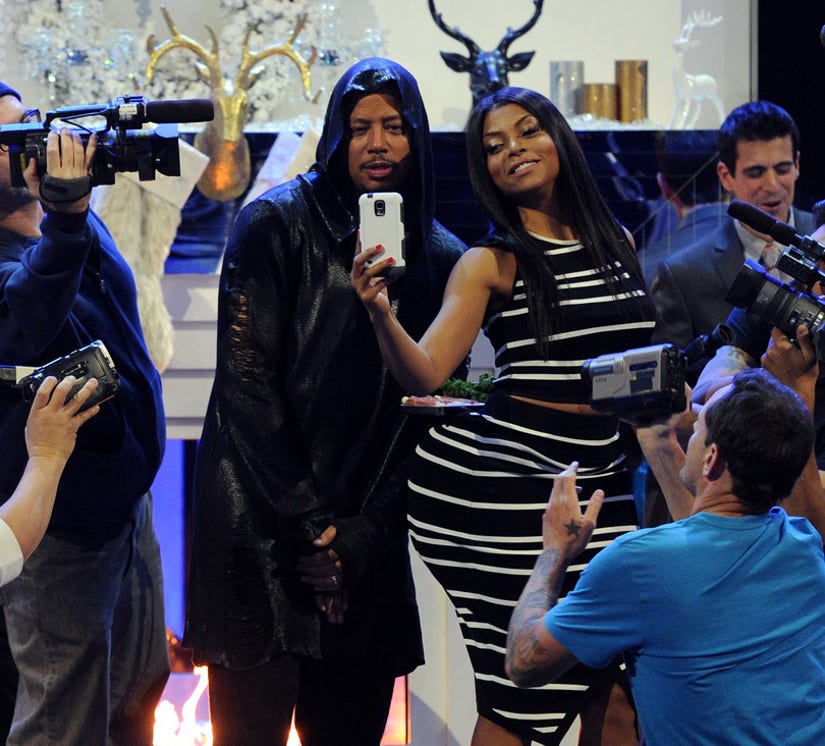 Ever wonder what the holidays with Kim Kardashian and Kanye West would be like?

Well, thanks to Taraji P. Henson and Terrence Howard, we're getting a look at how they could go down with this hilarious spoof of a Kardashian Christmas party during "Taraji and Terrence's White Hot Holidays" special.

During their hour long Fox special, the "Empire" stars transformed into the famous couple, with Howard dressed in a metallic hooded shirt and Henson in a striped crop top and skirt combo, complete with a giant fake butt!

"Babe, it's actually the Kim and Kanye Christmas bash but whatevs," the actress told Howard in her best Kim voice.

But the pair's fight over whose name would go first for the party didn't end there, with Kanye telling Kim he was famous before her.

"I have more Instagram followers. This is my house," said Kim, one-upping her husband.

"Yeah, but your house is in Kanye's universe," her other half retorted.

Later in the skit a nanny brings over a baby, who appears to be their new son Saint West, when Kim asks, "What's that?!" The couple then snaps a photo with the newborn and Kanye closes things out with a rap about Baby Yeezus.

Watch the entire hilarious skit in the video above!