Move over Gigi Hadid, it's Bella Hadid's turn to shine!

The 19-year-old beauty appears in the Love Advent 2015 calendar for her 3rd consecutive time -- and she looks gorgeous dressed as a sexy Wonder Woman.

Shot by Doug Inglish, Hadid stuns in the superhero fantasy clip, wearing a red and blue Wonder Woman bodysuit and a matching cape. Before unveiling herself the Amazon warrior, Bella slips into a black thong, a skimpy tuxedo top and thigh-high leggings.

Check out the clip above to see her sexy looks! 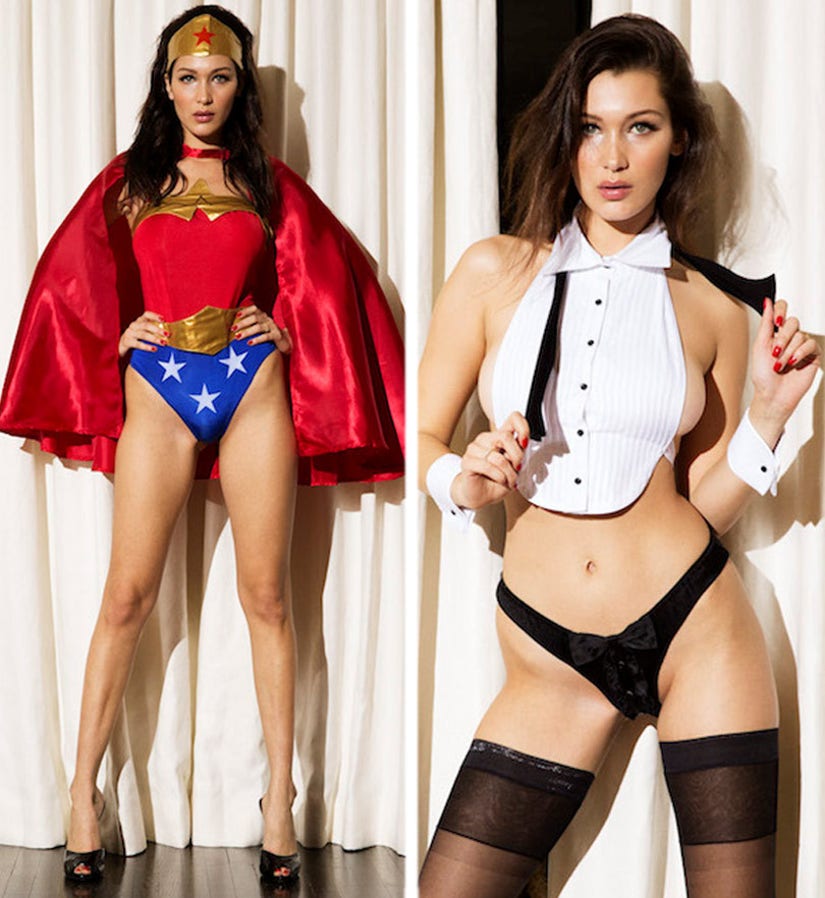 Looks like Hadid is becoming a Love magazine regular these days -- the model likewise starred in Monday's short film by Gregory Harris and in the 2014 calendar, where she showed off her hot bod while dancing around in a dark hotel room.

Yolanda Foster's youngest daughter isn't the only family member baring her bod for the mag. Gigi also appeared in the calendar this year, where she was spotted dancing around in racy lingerie.

What do you think about Bella's latest shoot? Sound off below and check out the gallery above to see more sexy celebrity offspring!