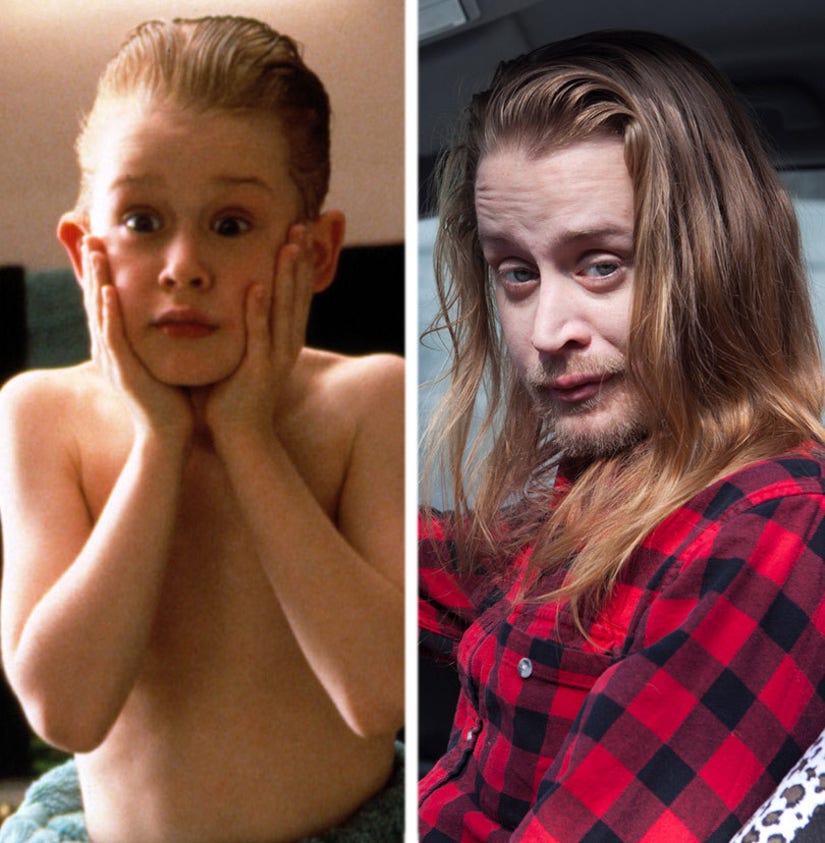 The events of "Home Alone" really effed up Kevin McCallister.

It's been 25 years since the first film -- and Macaulay Culkin is celebrating the anniversary by reprising his most famous role in a new online web series called ":DRYVRS." While the now 35-year-old never says his character's name in the extremely NSFW video, it's pretty clear who he's supposed to be.

Culkin stars as a deranged driver of an on-demand car service, who begins venting about his holiday trauma after he turns down a call from his mom.

"How about this, it's Christmas time. It's f—king Christmas and your whole family goes on vacation and they forget their 8-ear-old f—king sonm," he explains to the guy he picked up. "All by yourself, for a week. I had to fend off my house from two psychopath home invaders. I was just a kid, I still have nightmares about this bald weirdo dude chasing me around!"

"They remembered my bastard of a brother, but forget me, the cutest f—king 8-year-old in the universe," he adds, referencing the oh-so-annoying Buzz. Remember Buzz? Ugh.

As for his mom, Culkin says, "She didn't care. She was too busy being a groupie to a polka band. I've never even gotten the full story!"

It's clear Culkin's character is suffering from some PTSD -- and takes it to the extreme when someone tries to carjack them. Check out the video below to see what happens when "Kevin" completely snaps! Warning: Video contains some very colorful language.

Be sure to click through the gallery above to see how much the rest of the cast members of the classic holiday film have changed through the years and what they've been up to. From deaths to arrests and Olympic success stories, it's a mixed bag!