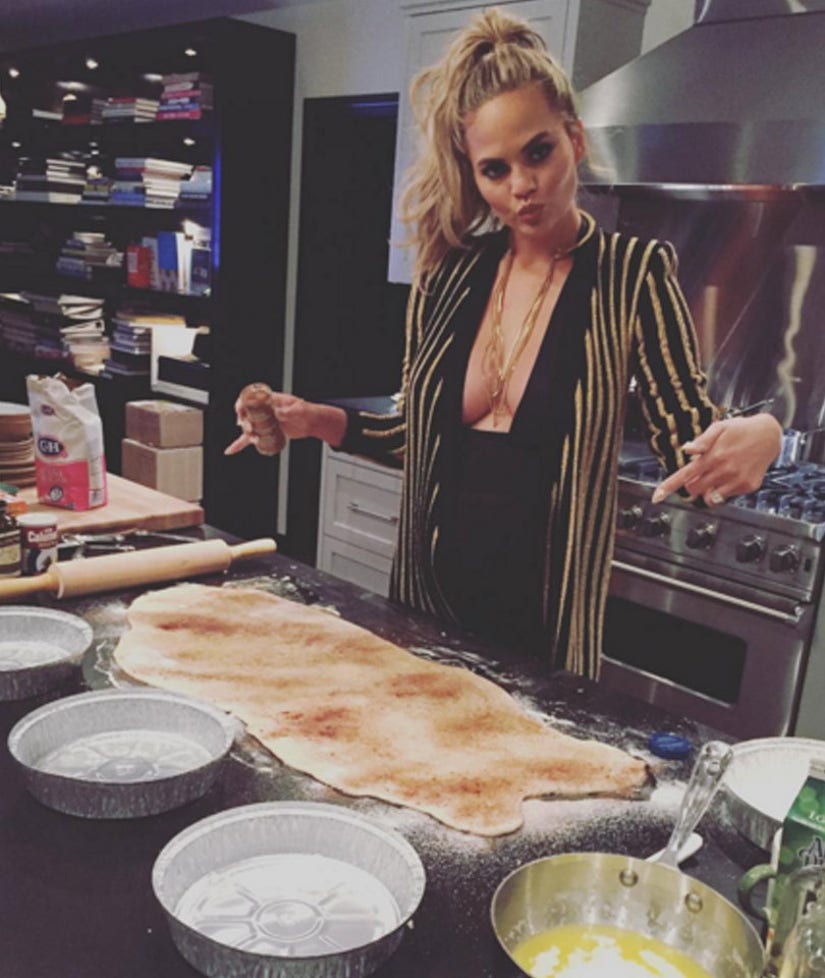 Chrissy Teigen is killing it in the kitchen!

The pregnant celeb channeled her inner Martha Stewart on Thursday when she took to Instagram and shared with fans the sweet treat she whipped up for her "FabLife" costars!

"Cinnamon rollllllsssssss!!!" She captioned the photo

In the shot, the 30-year-old fashionista is seen preparing the delicious treat, and while the food looks yummy, we really can't stop staring at her assets! The star, who is expecting her first child with husband John Legend, showed off some major cleavage in a very low-cut dress, which she paired with a dangling necklace and a Balmain cardigan.

But that's not the only look we got of the Sports Illustrated model baking up a storm. Chrissy also shared a video of herself putting the finishing touches on her creation!

"Bringing some goods to the @fablifeshow holiday party!" She wrote.

This isn't the first time the gorgeous model has shown off her cooking expertise. Chrissy frequently posts delicious foodie pics and earlier this week revealed the cover of her highly-anticipated cook book! 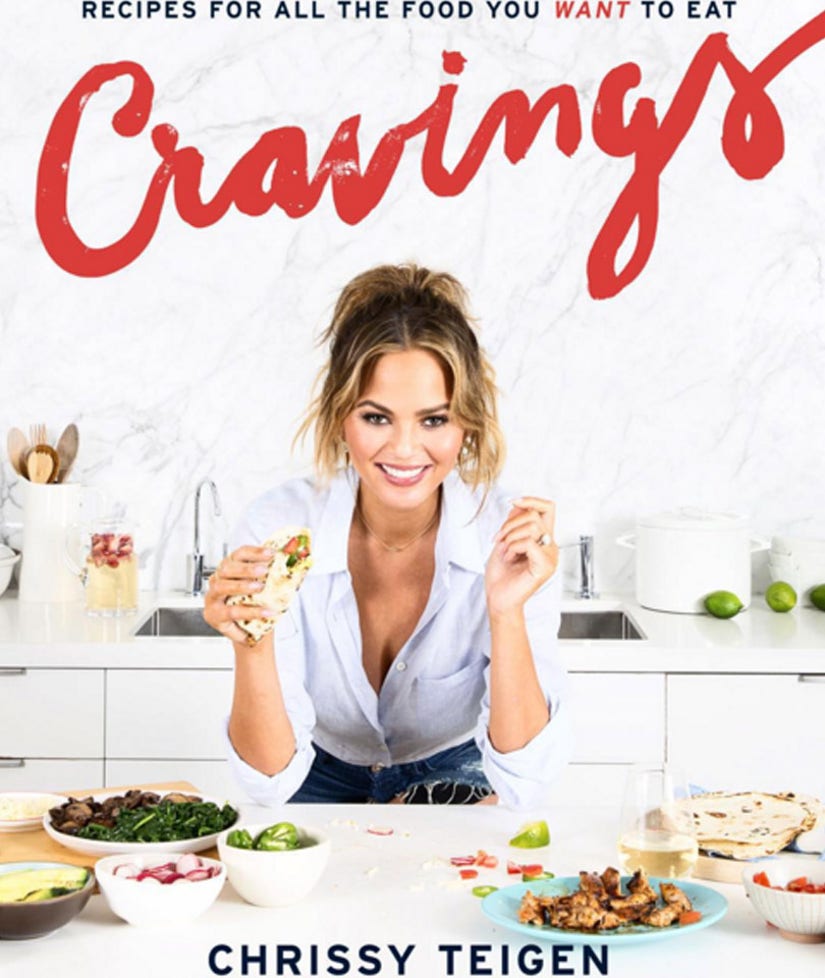 "It's here!!! #CravingsCookbook is done and ready for pre-order," she wrote.

The book, appropriately titled "Cravings", hits shelves February 27th and features the star looking beautiful on the cover in a blue oxford and denim shorts while holding a yummy looking taco.

What do you think of Chrissy's sexy kitchen style? Tell toofab in the comments section below!