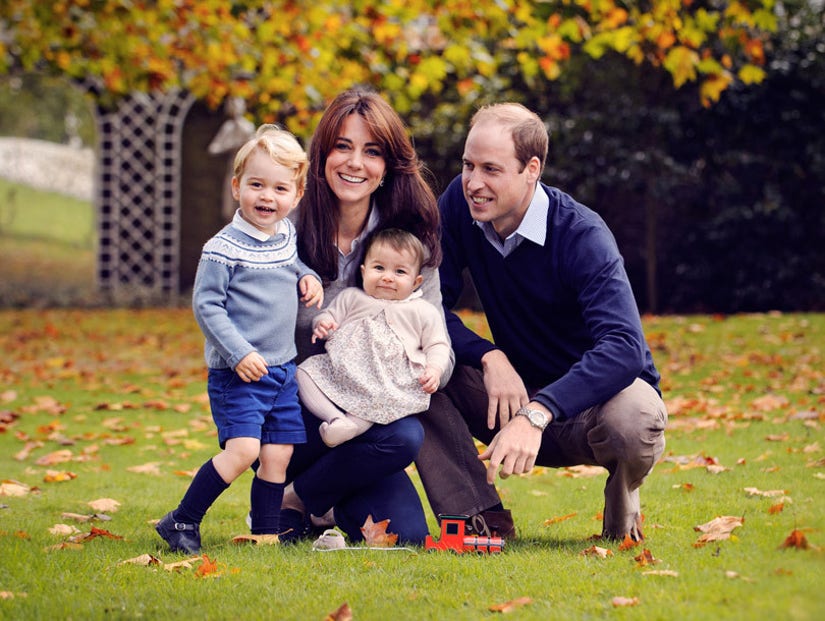 The royal family is getting in the holiday spirit!

Kensington Palace released a new family photo of Prince William, Kate Middleton, Prince George and Princess Charlotte on Friday -- and we can't get over how cute the family of four is.

In the snap -- shot by Chris Jelf -- Kate and William pose with their 2-year-old son, who looks adorable in a blue sweater, shorts and knee socks while the Duchess holds the 7-month-old girl, who wears a floral dress and cream cardigan.

The Palace also released a statement saying that the Duke and Duchess of Cambridge "are hugely appreciative of all the warm messages they have received about their family this year and are very much looking forward to their first Christmas as a family of four."

The mother-of-two has been frequently spotted out and about completing her various royal duties since welcoming her little girl, but this is only the third official picture we've seen of Charlotte since her christening!

William recently opened up to The Big Issue magazine about his family life, and revealed that he will have his hands full with Prince George during the holidays this year.

"I think George will be extremely bouncy this year because he's suddenly worked out what Christmas is all about...If I get any sleep on Christmas Eve it'll be good," the royal said.

Kate and Wills weren't the only royals who released their Christmas photos this week. Prince Charles and his wife Camilla Parker Bowles also shared their own holiday card, posting a preview of the snap on Clarence House's Instagram page.

"Here's a sneak peek of The Prince of Wales and The Duchess of Cornwall's official Christmas card. The photo was taken during TRH's summer holiday in Scotland by a friend," the caption read.

How adorable is the royal family?! Sound off below then click "Launch Gallery" for more of Princess Charlotte's cutest photos!