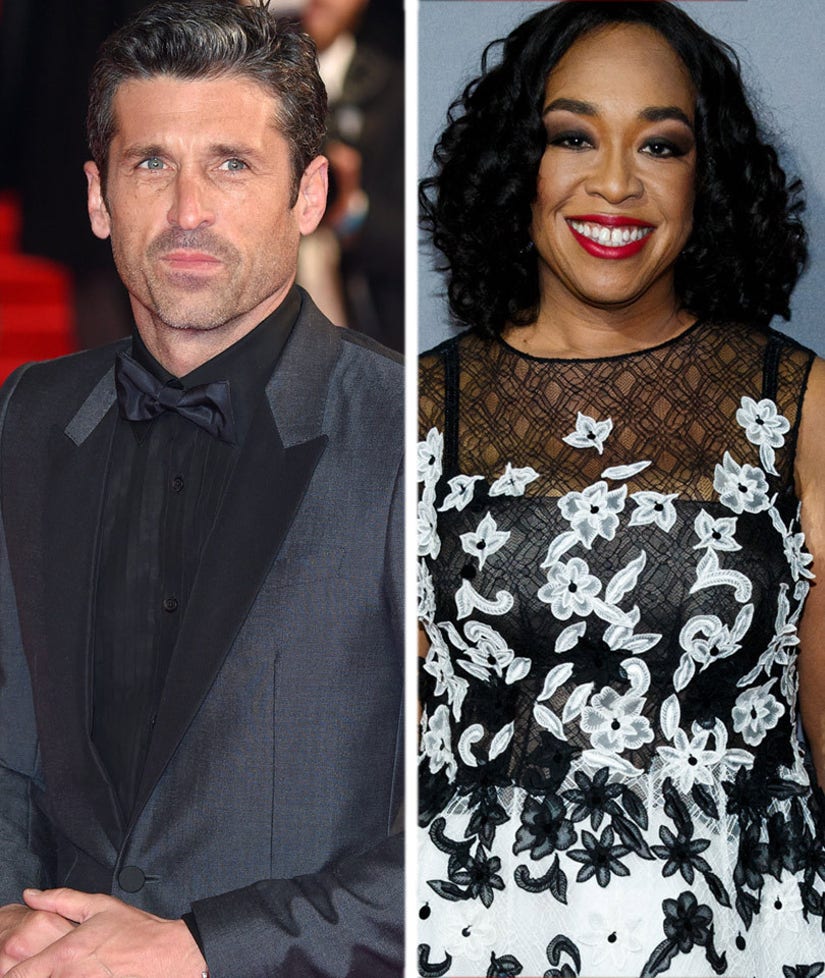 The feud seems to be heating up between Patrick Dempsey and Shonda Rhimes!

The actor, who was killed off of "Grey's Anatomy" last season, is finally addressing the show creator's comments about booting off characters she dislikes.

During a November appearance on "The Nightly Show," host Larry Wilmore asked Rhimes if she has ever killed off a character because she wasn't getting along with the actor. "Yes, and I'm not naming names," Rhimes replied.

So, does Dempsey think the TGIT producer was talking about him?

"I think she loves being provocative, and that's fine for who she is," he told Entertainment Weekly. "That gets people talking about all the stuff that she's doing. She's an amazing woman who is incredibly productive. She's promoting a book. She's promoting three shows. And she's emerging as the star of all of these things."

"I think she knows how to deal with the media and what she needs to say to get the response that she's looking for," the "Bridget Jones's Baby" star added. "She's very savvy."

Katherine Heigl and Isaiah Washington also left the show after issues with their costars -- but neither of their characters were killed off.

Do you think Shonda was talking about Patrick ... or one of these other stars? Sound off with your predictions below!