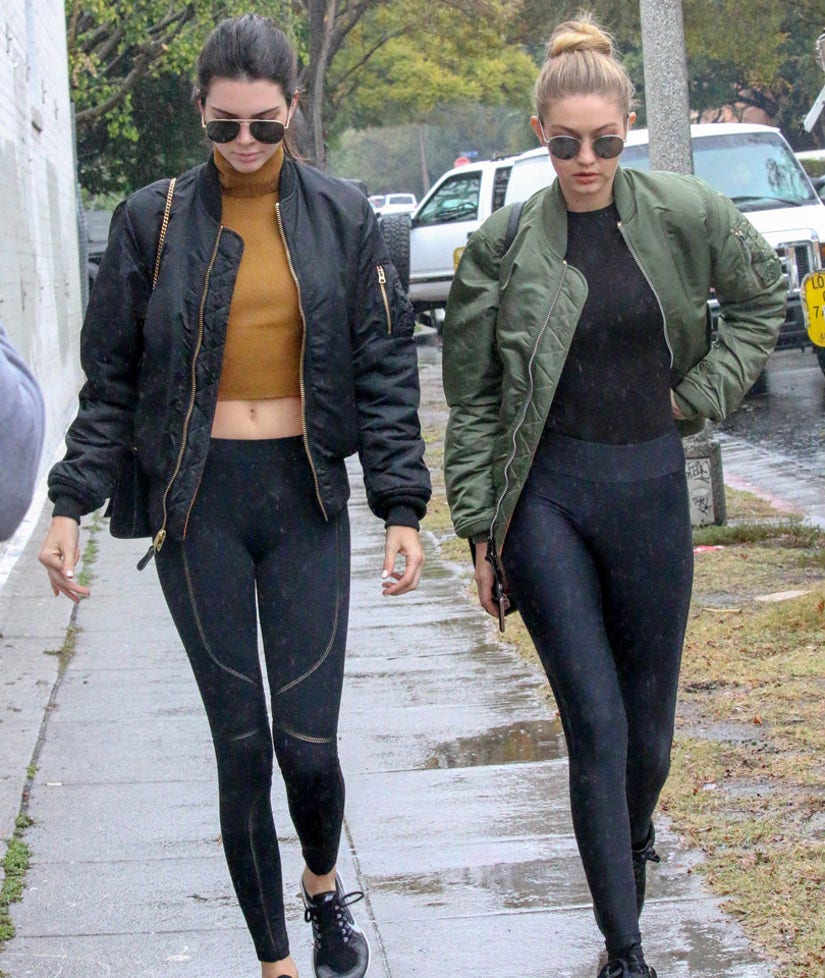 Two of a kind!

Kendall Jenner and Gigi Hadid were spotted hanging out in Beverly Hills, Calif. on Tuesday, where they were snapped sporting matching Alpha Industries bomber jackets and leggings as they picked up last minute gifts.

The "Keeping Up With the Kardashians" star opted for a black topper, which she paired with a gold tummy-baring turtleneck, black sneakers and aviator shades. Meanwhile, her supermodel BFF went with a green coat, black shoes and a high bun.

It's nice to see these gal pals hanging out off the runway. They both made their Victoria's Secret debut at the lingerie house's fashion show last month.

Hadid recently talked about her close friendship with Kendall, revealing that she doesn't feel like she's competing with her for jobs.

"I don't really feel competition like that," she told Harper's Bazaar back in June. "Especially in a job like this—we look different, like Hailey [Baldwin] is brunette now. So literally, if they want Kendall [Jenner], they're not going to want someone who looks like me. It's completely different. I think friendships are a lot more valuable than one job. If you're going to let it ruin that, then that's stupid."

The blonde bombshell also credits her friends for keeping her grounded. "They just make fun of me all day. That's the best," she explained. "When they come over while I'm getting ready for a red carpet event in my apartment, they'll just be teasing me, like, 'Oh you're going to do a red carpet, are you?' I love them."

We can't get enough of these fashionable friends!

Who do you think wore the bomber jacket better? Cast your vote in the gallery above.