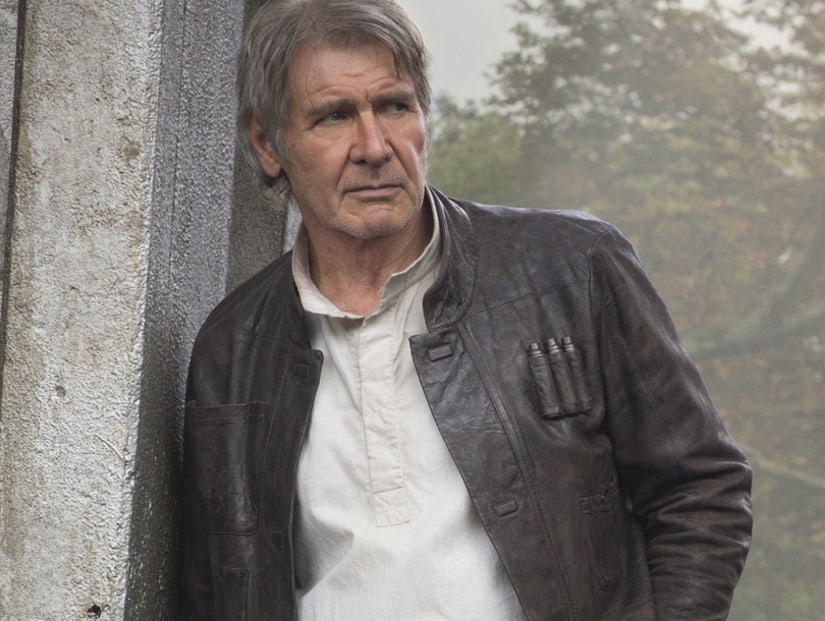 The Walt Disney Co. said "The Force Awakens" crossed the billion-dollar mark Sunday, accomplishing the feat in just 12 days. The previous movie to reach $1 billion the fastest was Universal's "Jurassic World," which did it in 13 days in June. "Jurassic World'' also had the benefit of record grosses in China. "The Force Awakens" doesn't open in the world's second-largest movie market until Jan. 9.

"The Force Awakens" has been setting records since its debut Dec. 17. It brought in a galactic $238 million in North America over its opening weekend, besting previous record-setter "Jurassic World," and set international opening-weekend records in Australia, New Zealand and throughout Europe. It scored the biggest worldwide debut with $529 million. It also topped $100 million in IMAX screenings in 10 days, another global record.

"You almost have to rewrite all the record books for this movie," box office analyst Paul Dergarabedian of Rentrak said. "It's absolutely mind-blowing that 'Star Wars' could get to a billion dollars in 12 days and it hasn't even opened in China, the second biggest movie market in the world."

The power of "Star Wars" meant the rest of the week's releases were competing for second place. That prize went to the Paramount comedy "Daddy's Home," which opened with $38.8 million, according to studio estimates Sunday. David O. Russell's new drama starring Jennifer Lawrence, "Joy," debuted in third place with $17.5 million.

A flurry of new films also opened in the top 10 this weekend. "Concussion," the Will Smith-NFL drama, took in $11 million, good for sixth place, followed by the financial-crisis saga "The Big Short," which collected $10.5 million. The remake of "Point Break" opened with $10.2 million. And Quentin Tarantino's latest film, "The Hateful Eight," debuted in 10th place with $4.5 million.

"It's great for the audiences, great for studios and theater owners in particular who can point to this and say the movie theater industry is as viable and relevant as it's ever been," he said.