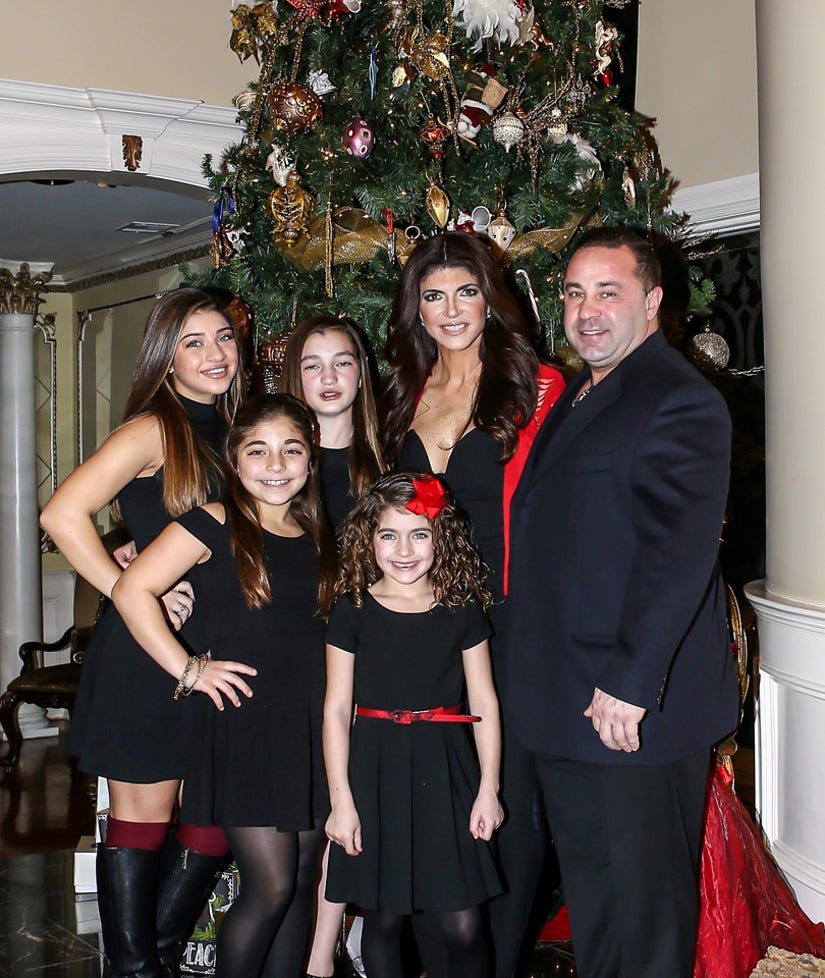 Teresa Giudice was finally reunited with her family over the holidays, after spending almost a year in federal prison for fraud.

In a few just-released photos from Christmas Eve, we see the "Real Housewives of New Jersey" star all-glammed up to celebrate with daughters Gia, Gabriella, Milania and Audriana and husband Joe. The entire Giudice clan sported matching black outfits for the photo-op, with Teresa standing out in a festive red sweater and low cut top.

Not too shabby for someone who was behind bars for nearly 12 months, right?

The family reportedly celebrated Christmas Eve at Teresa brother Joe Gorga's home, where Melissa Gorga cooked a seven fish meal for the occasion. "It was a nice evening, they kept it small with just the the Gorgas and the Giudices," a source told PEOPLE. "[They] wanted it to be a quiet celebration for family." 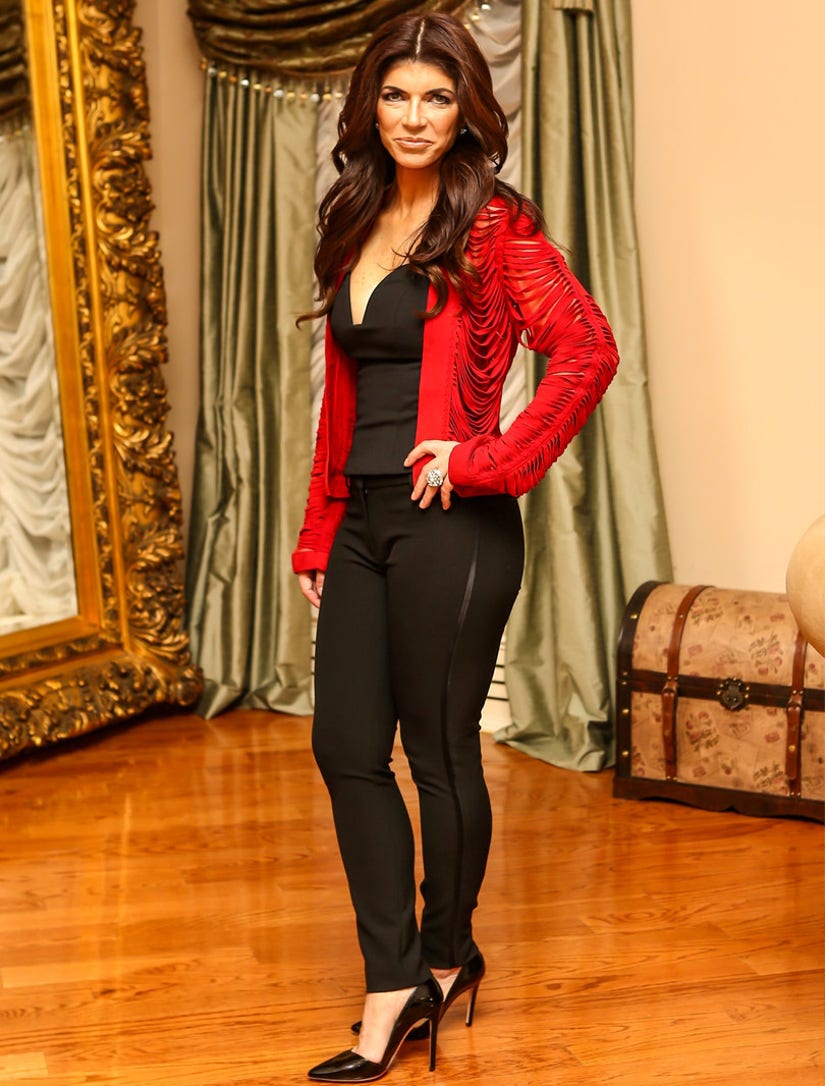 Of course, it wasn't solely a private affair, as cameras from the Bravo reality TV show were also there to document the family reunion.

"Everything that happened with Teresa going away made both women realize that there are more important things in life than their old feud," another source told Us about the former foes. "Melissa and Joe [Gorga] reached out to Joe Giudice … and all four of them are on the best terms they've ever been on."

Joe Giudice will start serving his 41-month prison term for fraud in March 2016.